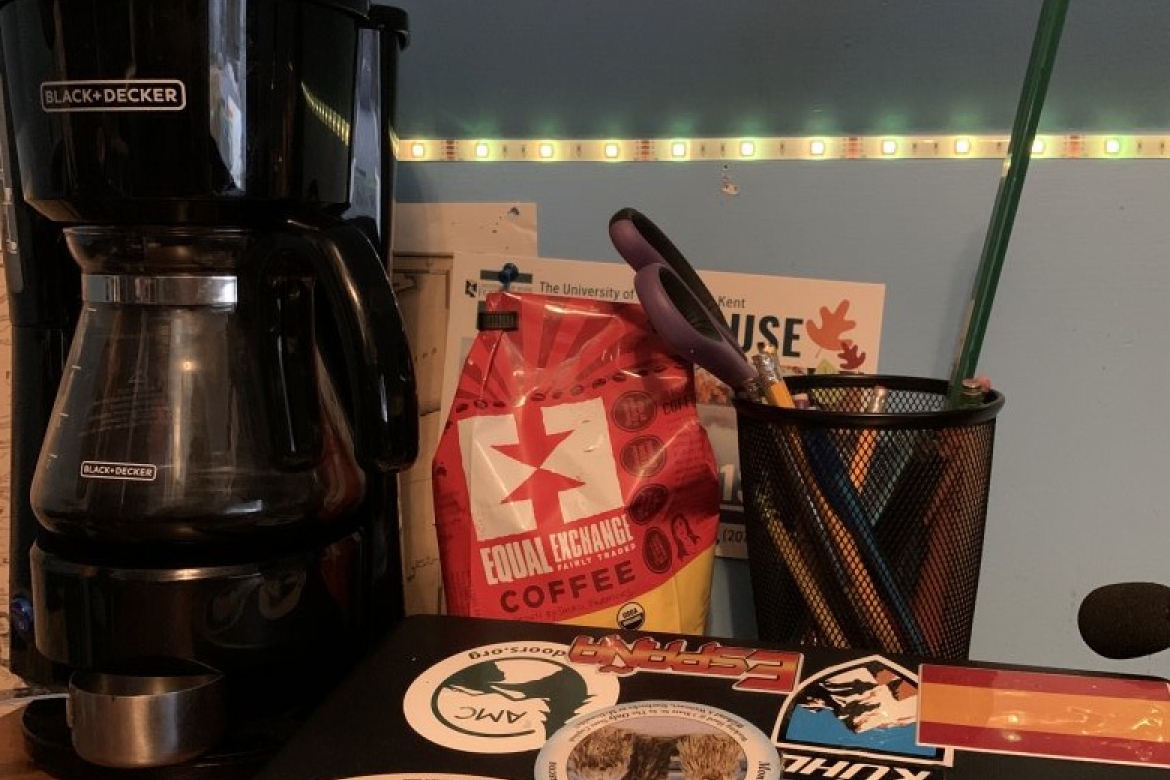 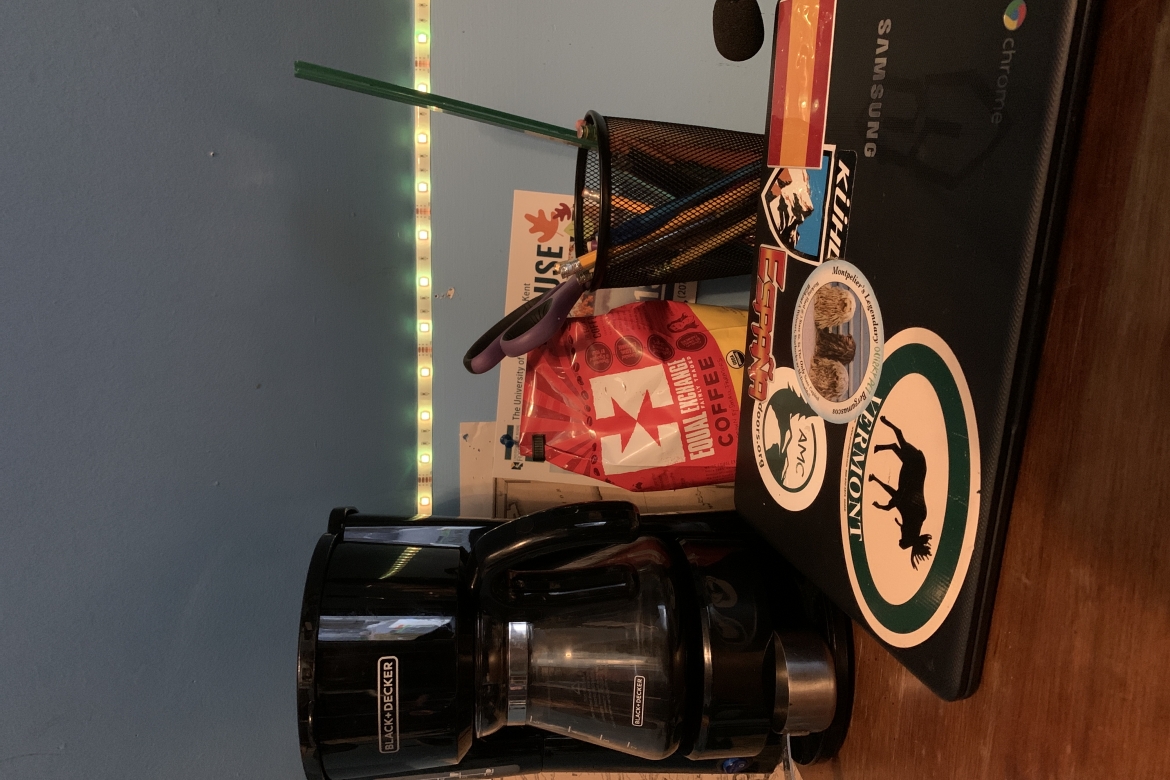 I'm a person who likes to see the good in all people. I see that it is extremely unfair to judge one’s personality just on a first impression. I believe that people change and that is alright. But one thing that I try my best is to boost people up for the day. I'll tell them stuff that they need to hear to make them feel better as life's too short to feel down. If I can help somebody boost themselves up than I know I have had a successful day and that I have done my job. I don't feel fulfilled with myself If I don’t help make another person's day better. If it's by holding the door for them. Telling them that they are a good person, etc. I will do anything to help someone to make themselves feel better as I feel it is the right thing to do. I know that school is hard so I try to make people laugh as well. Granted it can get annoying but if I can get a smile on at least one person's face than that is a success.
Read More
nonfiction 0 comments

If Not Now, When?

When I was writing this paper I told myself “if not now, when?”

Because I knew that Halloween was tomorrow

Because if you don't do something now, when will you do it

The anxiety of doing whatever you need to

Not only this. But, if you care about something

Don't wait for someone else to do it

Show that you care by doing it

Because if not now, when

Tomorrow will have its own new problems that you can solve

And the problems of today can't be let in the past

I look into these chickens eyes
He looks into mine
He looks confused
And so do I
"Who are you looking at" I exclaim
The chicken still stares
I try to look away
The chicken is still staring at me
I walk into my house to rid the chicken
The chicken then goes away
I then come back out to feed the cows
The chicken follows me and stares at me
I think this chicken might have a thing for me
The chicken doesn't leave me alone
I decide to bring the chicken into the house
I decide to go to bed
With the chicken being in the house im afraid shell get into trouble
The chicken was beside me when I woke up
I think I made a new friend...
The chicken agrees in her own mind that I am a friend

He just kind of stands there

I can't tell if he is real or not

He is quite tall at least 7 feet tall

He has pale, loose skin with no hair

His face is warped between reality

He doesn't say anything or does anything

He has a gaping mouth without any teeth

I don't know if he can die

And I surely would be afraid if I were to meet him one day.

If I am going to be honest, I do not like the person I am. I really never have and I don't know if I ever will. But, I like myself a lot more than I used to. And why is that? Well, I've been caring a lot more about myself. I would say that the steps began early this year. January 1st I woke up and decided to become a vegetarian. I'm a devoted ecologist and I felt bad that I was sacrificing a life just so I could eat lunch. Granted, I might sound like a hypocrite because I eat eggs. Well, I am working on so I just eat plant-based things.
Read More
poem 1 comment

If you know the type of person I am, I sometimes tend to do stupid things and regret them later. Unsuprisingly this a story about a stupid thing that I did that I regretted later. I am a firm believer of the five second rule and I like hot sauce because it hurts. However, I've never felt too great after making those decisions. But this stupid risk was obviously one of my most painful but it paid off pretty well.

The day was August, 6th, 2019. It was around 1am and I had been on my way home from my friends house. 2 weeks prior to this I had bought a very fancy longboard in old orchard beach. I bought it after impulsively starting to skateboard. I decided that I needed something that wouldn't get me killed if I were to hit a pebble. So I got this longboard which just ate up the pebbles and I felt like I could go anywhere.
Read More
nonfiction 1 comment

Raven On A Treetop

I sit, perched atop an old tree. I can see for miles on end while on this tree. The days have gotten shorter, and the air has become bitterly cold. Without the cover of the trees' leaves, I appear to be a shadow. I have not eaten in over a week now. I am very hungry Indeed. I can see the crows tearing away at a deer carcass which was left by a bear last week; I am tempted to join the crows. However, the crows are too greedy to share a piece of the deer. I decide not to fight for the deer as it would be multiple of them and one of me. And I know that would not end very well.
Read More
poem 0 comments

I am from the Green Mountain State

From the forest which are set ablaze before every winter

From the cardinals chirping and the crows crowing

From the days spent up at Wright’s Mountains cabin


I am from the old brick house with a red barn

From a town where we all know each other

From many hellos and many goodbyes

From downtown Bradford and its many back roads


I am from late nights submerged in books

From staying curious and loving to learn

From always marveling at the stars in the sky

From pondering our place in the universe


I am from mother nature and all of her gifts

From listening to Pink Floyd at full blast

From short winter days staying warm by a fire

The weirdest fad of 2017 definitely was the “fidget spinner”, the fidget spinner was invented to help kids with adhd focus but as a kid with adhd it didn't help me focus. I also never understood the big deal about them, it's just a plastic thing that spins on ball bearing. It's so odd how something so simple can make the world go nuts. Another fad I never understood was mumble rap. All due respect to artists who mumble rap but I just appreciate it when I can clearly hear what an artist is saying. A fad that I did like however was all of the great bands that went on tour this year. This year alone I saw the Red Hot Chili Peppers, Metallica, U2, and Roger Waters. It was nice seeing all of those artists going on tour because I love rock music and Red Hot Chili Peppers, Metallica, U2 and Pink Floyd (the band that Roger Waters is in) are easily my four favorite bands of all time. Another fad that I never understood were Yeezy’s.
Read More