The Old Tree on The Beach 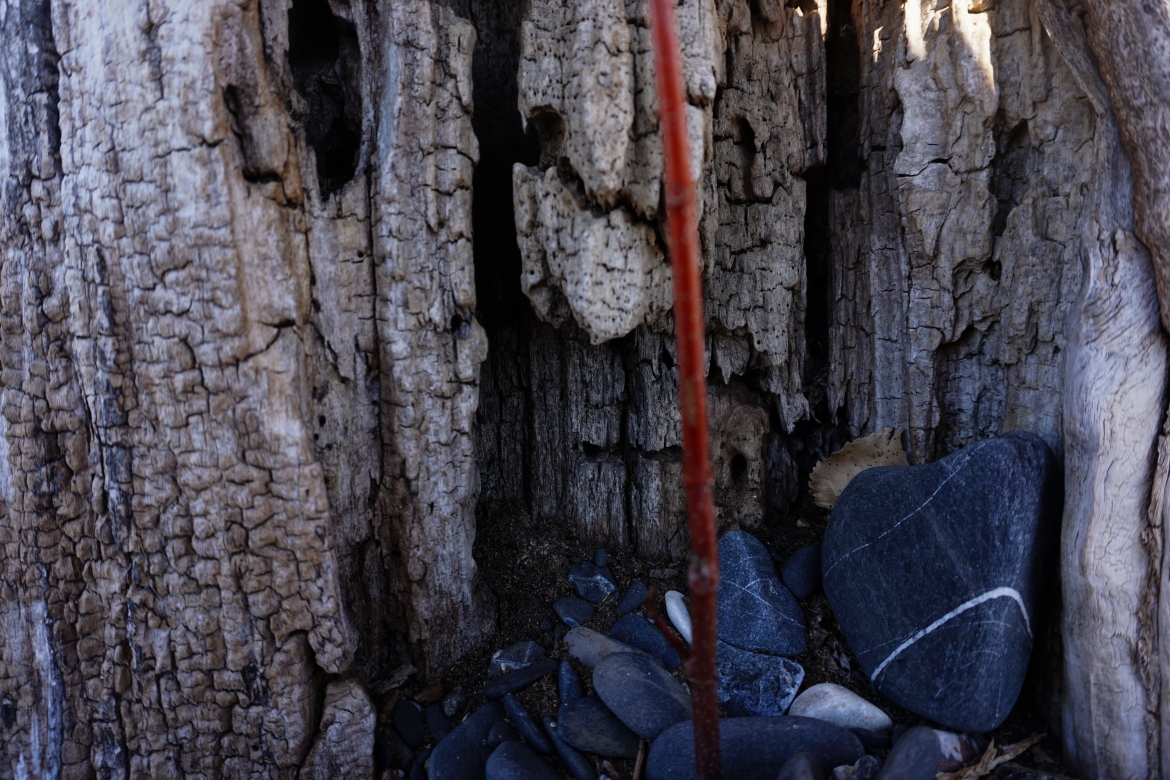 see your scars not as reminders of the bad you went through
but as the strength that allowed you to survive
feel your pain not to wallow in it
Read More
poem 0 comments challenge: Haiku-Moment

Sweet little pug dog
cuddle me to calm my mind
you are so precious
Read More
poem 0 comments challenge: Haiku-Moment

For me it is hard enough to even show or have emotion, let alone fall in love. Then I met him, his name was Jared. He was ridiculously sweet, even when I didn’t laugh at his jokes. He didn’t seem to care that I didn’t show emotion. After spending a lot of time with him, I started to smirk and that smirk became a smile. I started showing more and more emotion. Not just happiness, I actually felt sad when I saw a dog die! It was like a whole new world. Eventually I had gotten a crush, It was so weird going red in the face every time I saw Jared. Of course, after having my first crush, I told my friends about it. My friends were relatively quiet about it. Unfortunately for me, there was this one loud friend, who decided it would be a great idea to yell that I had a crush on Jared. I immediately went red, and went to the bathroom. It took 15 minutes of crying / stressing about what to do next. Eventually I had to head out to my next class.
Read More
poem 0 comments challenge: A Celebration of Trees!

It all starts with a seed as tiny as can be.
But what is this tree?
It's a golden birch tree.
After days and nights it starts to grow,  it soon starts to snow.
As winter gets cold the tree grows old.
So the tree starts to decay and is in dismay.
But soon after the full moon the tree realizes thy will never die, because of a little seed.
That is as tiny as can be.

I just love the silver maple. The tree is not too tall nor too small, it is the perfect height for anyone to climb. I personally love the tree because when I am there it makes me relax and it just lets me think to myself. I connect with the tree really well because I open up to the silver maple. I don’t like talking to many people but I can just open up to the silver maple because it’s not a human. I either climb the tree or I sit at the stump of the tree. The silver maple will always be there for you unlike some friends. I spend most of my time by the tree and I just talk to it, there is no talking back and you can just let everything out. I feel free when I am there. I can be myself and not have to worry about it. The silver maple is peaceful, relaxing, and the best at not talking. The tree isn’t a human but it sure is a good thing to go to whenever you want.
Read More
essay 0 comments challenge: A Celebration of Trees!

The tree I chose is a japanese maple. The japanese maple is a vibrant red in the spring and summer. The tree itself is green or brown. Mine is green, They can be from 2 to 30 feet tall. Japanese maple at full age like sunlight. This tree is significantly more expensive than other types of trees. The biggest factor is that most of them are grown as grafted plants. This adds significant cost to each one as seedlings are much cheaper to produce. That and yes they are slow growing. A single japanese maple tree can be $15,000. A four inch is $60 a five inch is $90 a 6 inch is $125. Animals that eat them are squirrels eating the bark or using it to line their nests, or deer rubbing their antlers against the tree bark, porcupine or another small animal.

I had this great old pine in my backyard, the tree was taller than my two story house. I always wanted to climb it but I could not find a place to start. Then one day we had a big snow storm and at the bottom of the tree there was a small opening. I was able to go into the opening and climb the tree. I couldn't get to the top of the tree instead I made it about three fourths of the way there. It was like my naturally made tree house, I was able to keep some outside toys in the tree. The best thing was my older brothers could not figure out how to climb the tree. So if they were annoying me I would just go in the tree.
Read More
fiction 0 comments challenge: A Celebration of Trees!

There is a tree, it is a golden birch tree. This tree is in the middle of nowhere. Most people who live in the town next to the tree will go to this specific tree. There the tree has been for over 100 years. It is known as the tree of lost souls, because whenever someone goes they can hear a cry for help if a person has been forgotten. One girl goes to visit the tree everyday, but one day she noticed something strange on the leaves. She took a leaf of the tree and saw what was written on it, it was a person's name. The name sounded familiar so that night she took the leaf to her mother and her mother knew the person. Her mother said it was an old friend that had passed away when she was young. The next day the little girl went back to the tree and brought a ladder. She saw that all the leaves had names written on them, but the one she had picked off, the name disappeared and a different one arrived.
Read More
visual/photos/art 1 comment challenge: A Celebration of Trees! 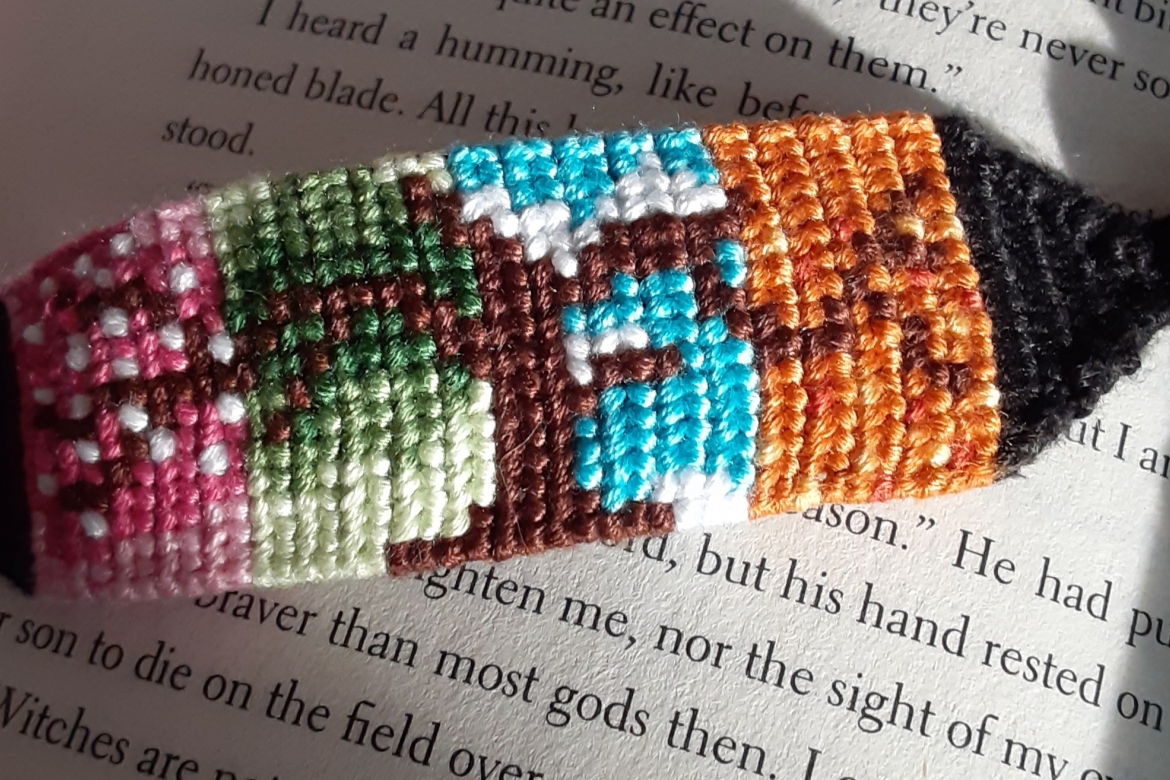 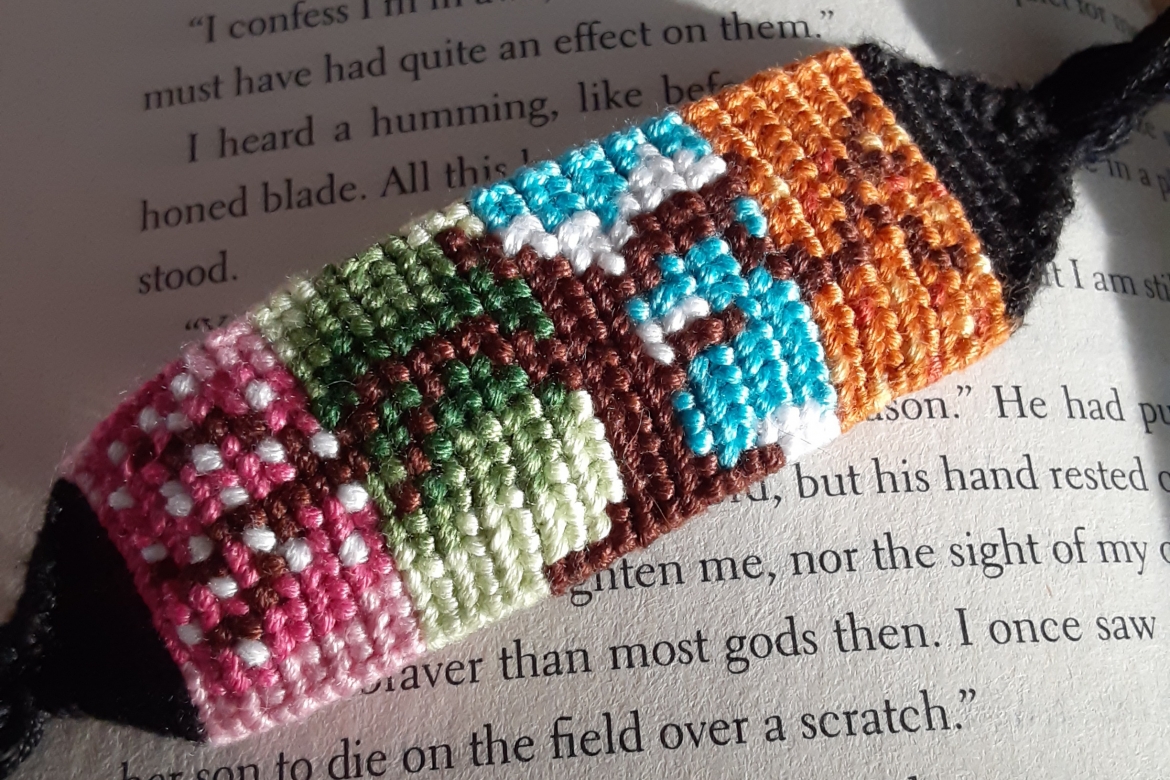 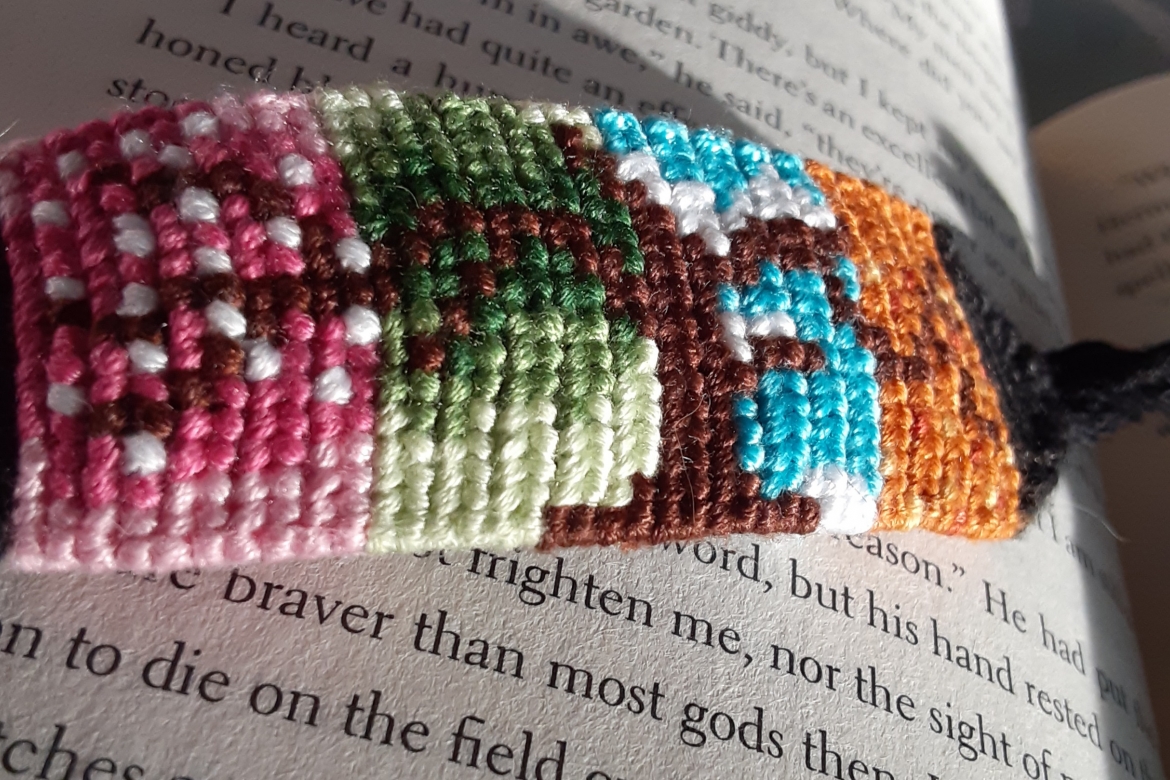 Not many people know what this is, so I thought I would add a description!  I made this bracelet with embroidery floss and I knotted the threads together to create this!  As you can see, it is a tree displayed throughout the four seasons :).
Read More
fiction 0 comments

It was white all around. I go through a hallway that seems like it doesn’t end. It is full of brown doors each with a different colored knob. I know that the deeper I go, the darker the hallway would seem to be. I then chrome across a door that looked different from the others. It was gold and black. Since it looked different than the others, I decided to open it and I couldn’t believe what was there. The moment I walked into the room, the door shut behind me. It was very dark in the room and it gave me the chills. Then, a dark shadowy figure appeared in front of me and I fell backwards. He looked at me and soon was about to bite me with his sharp teeth until I woke up. I hope that I’ll never have that dream again. 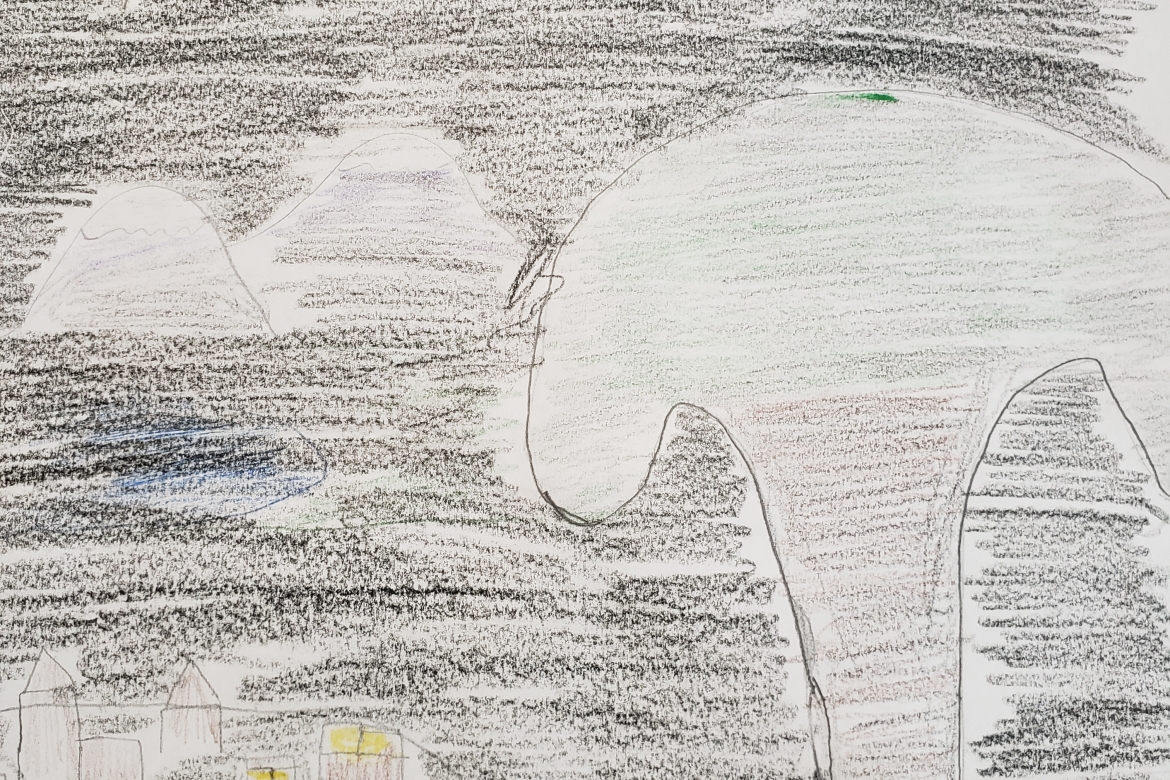 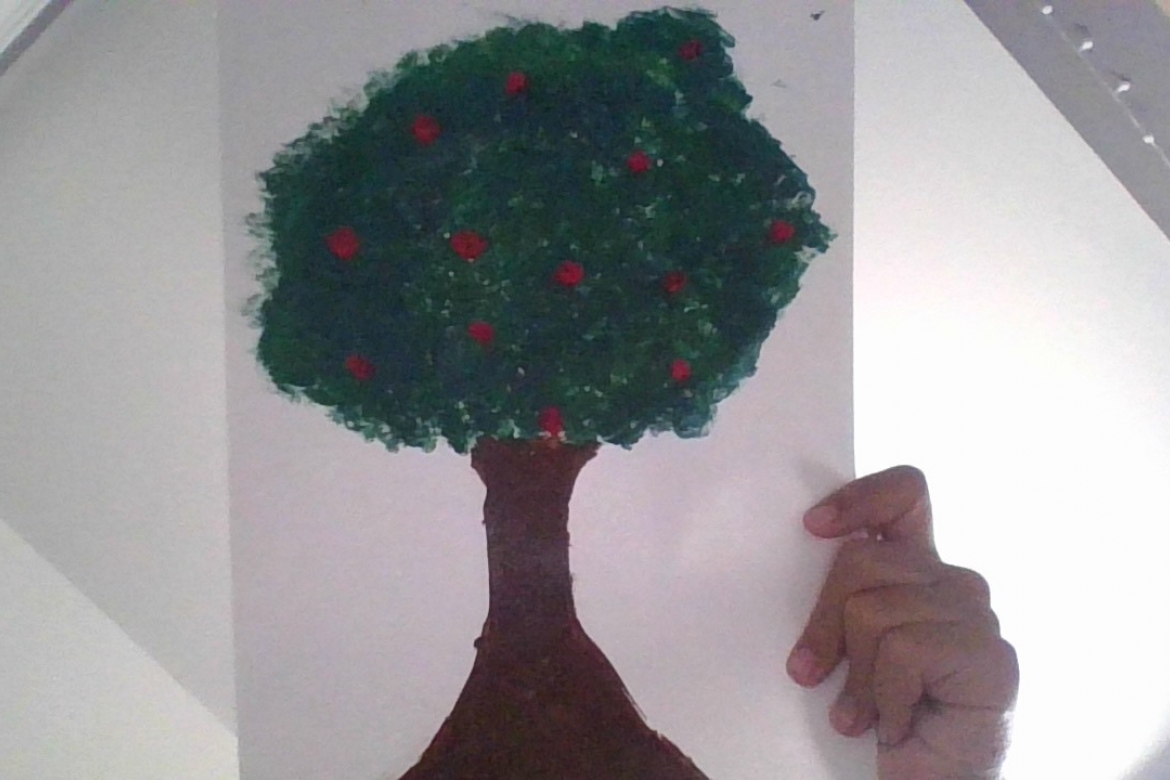 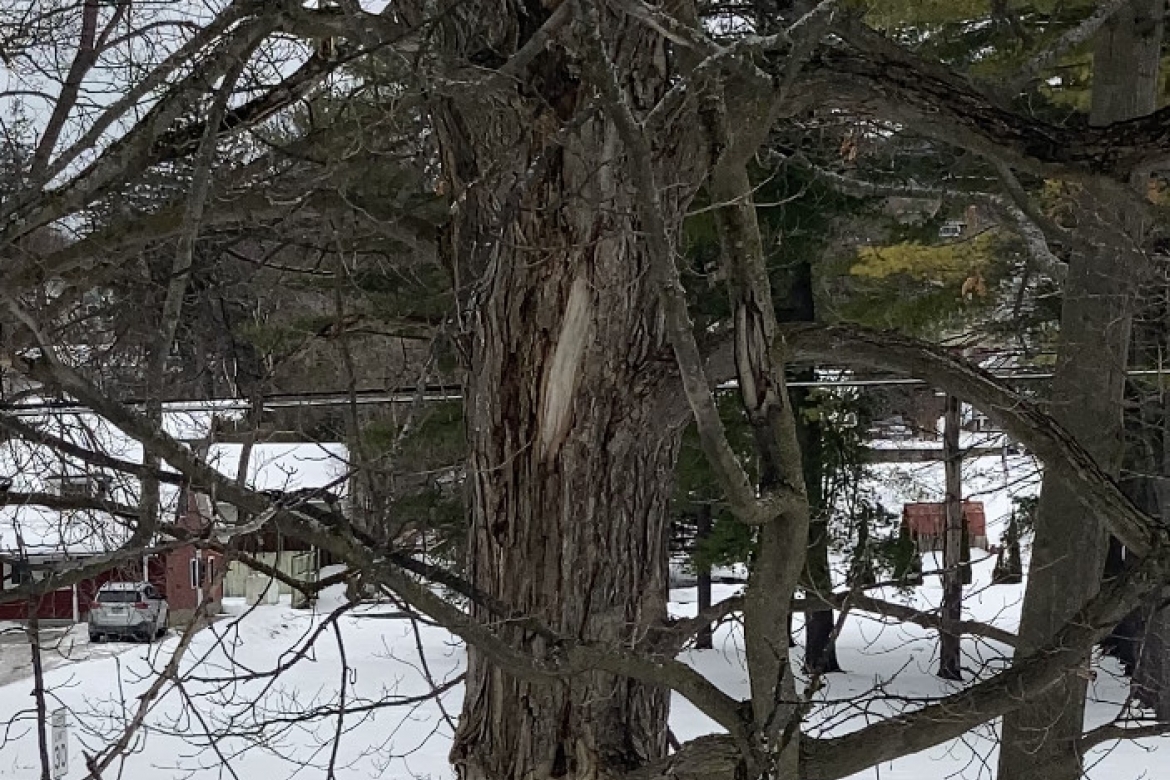 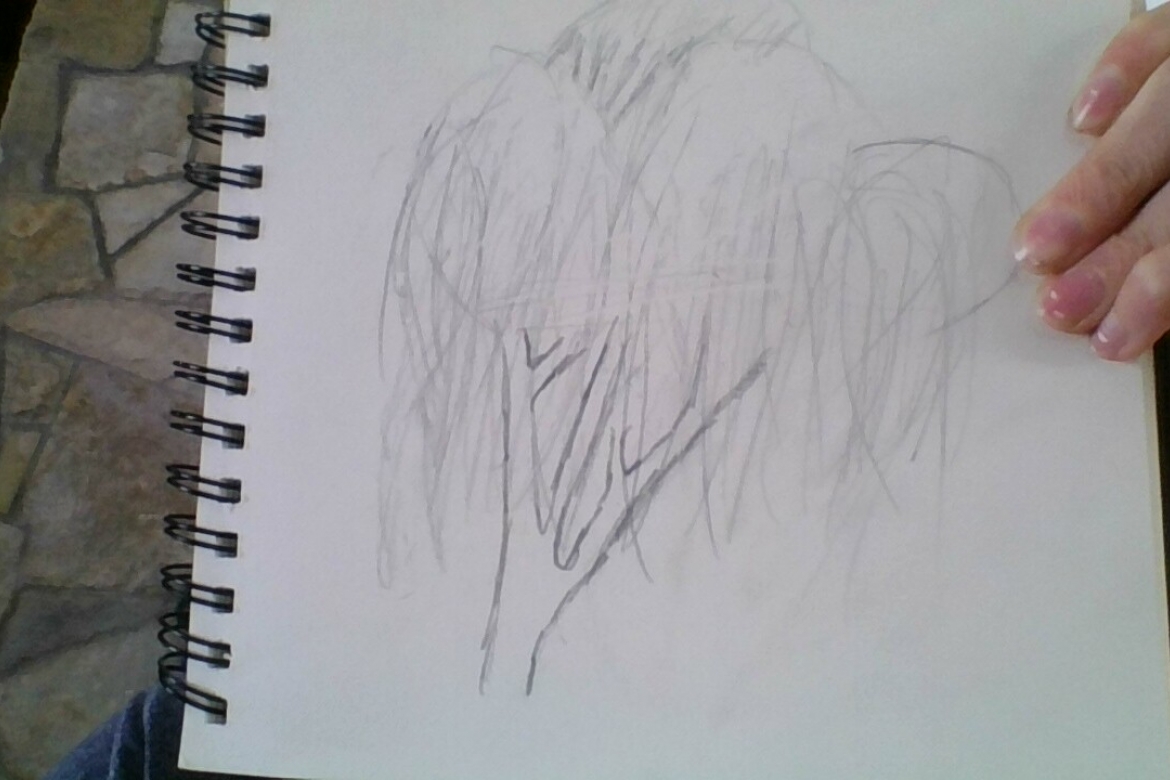 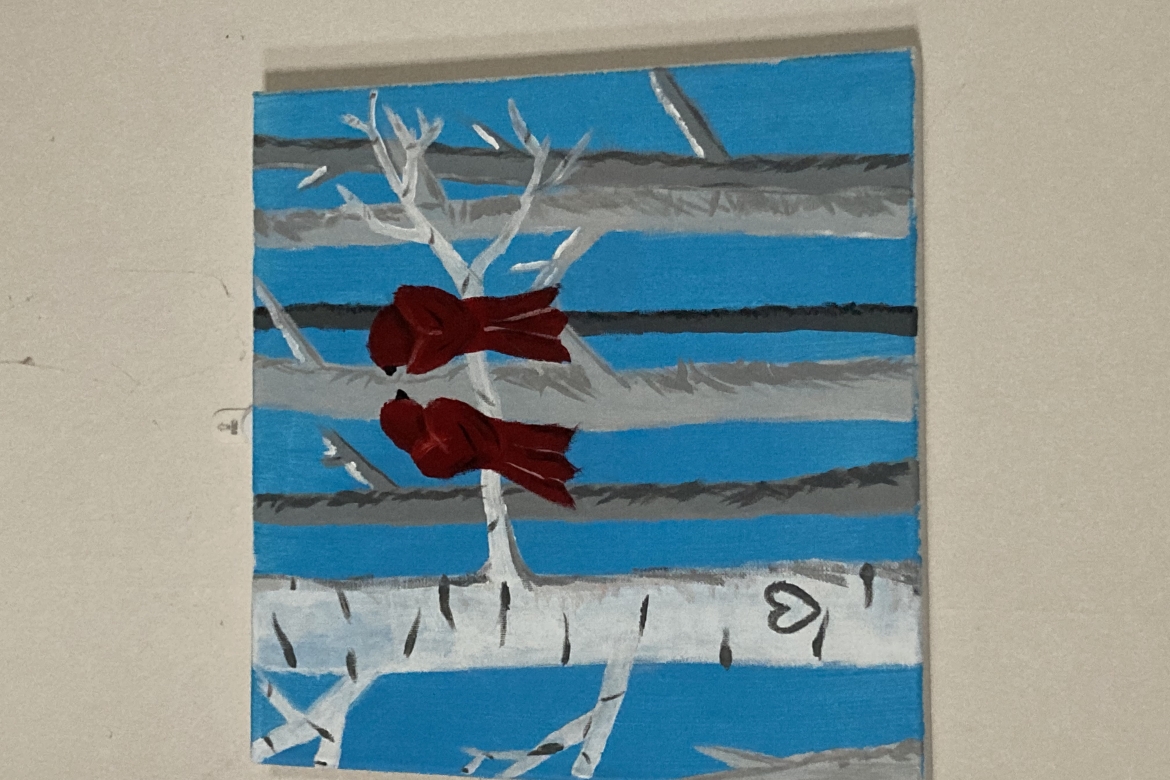 Piggybank/ on my dresser/ waiting to be filled with money.

Coffee mug/ hanging next to the coffee maker/ waiting to be filled with hot apple cider.

“I'm poor” All I want to be is famous.
So one day I felt like writing a song.
Then I emailed it to the radio station.
It ended up becoming the top song in the world
And my wish came true, I became famous
I was a mystery man. No one knew who I was so I went to publishers
And asked if I could make a concert for myself and they said yes, they were very happy to do that for me
So I did it and it was fun, so I did it every month
For 5 years straight.
Read More
nonfiction 0 comments

My Special Tree  By Dannica
I have a special tree. Do you have a special tree? I have had lots of memories with this tree. Like this time my brother and I were playing restaurant with this tree and we served  her some pinecone oatmeal. And I planted this tree from seed. I was 2 when I planted that tree. I love this tree. I named this tree, and her name is Violet.  Once my dad and I  made a brick wall around Violet, like a little  house. I moved not too long ago but when I go back I play with her.
Read More

There are currently 6 users online.