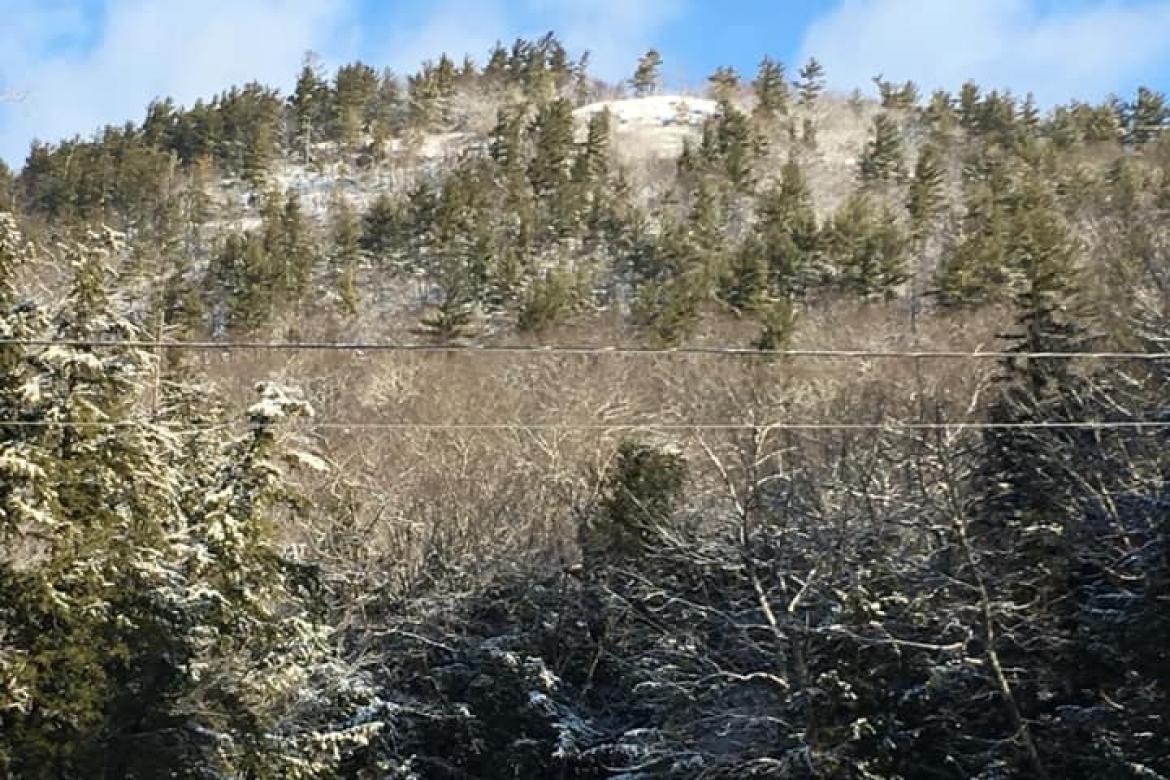 For weeks I waited for the weekend. The moment I received the email, I raced to the calendar, flipping to the month of January. Writing in bold, slightly smudged letters I wrote; Staff Reunion, 8 am Sat - 10 am Sun.
My mind was so full of the joyous memories of the previous summer there was barely any room to think about anything else. I had anticipated the date so much that I nearly forgot that the gathering would take place in an entirely new decade.

And soon I found myself on the morning of Saturday, January 4th. I rose very early in the day to a dark world, slow to wake itself from its deep slumber during the long ride to the Iron Works. I was the only Vermonter who would show up and my family wanted to drop me off in Gilmanton on time for check-in.
We had been driving for hours through monotonous shades of blurred black and gray by the time the weather let up slightly, revealing fair forests blanketed in snow. The woods hid winding dirt roads, feeding down to give way to a large opening. Suddenly, there was a slender wooden building and I immediately sat up straight. Admin.

Everything came back to me as familiar buildings appeared out of the vast white palette. We made it!I
I looked around and saw, uphill, where a massive building stood. Gilbert Hall!
We were now encompassed within Camp Hidden Valley - the place where I had lived for nigh eight weeks over three months, working as a staff member in the past two summers. Yet, it wasn’t until now that I had finally been able to go to the yearly staff reunion.
This is where I made the greatest friendships outside of Addison County. And I would see most of those friends in an hour, give or take.
And so we waited, parked outside of another large building, the lodge - a grand, mansion-like place where the reception would take place, once the administrators came.
While I was thinking if anyone would arrive, we watched as a car pulled up beside us, playing music. Out walked Gabe, the Valley scoutcraft director from last year, heading inside the building.
This entire time waiting, and I could have just walked in.
I waved hi to him and went inside, seeing who else was there. A few staff from Valley’s neighbor, Camp Bell were on the couch. I greeted them and turned to grab my gear, settling in. The steadiness of the morning increased in pace as more staff arrived; faces of people of all sorts lighting up as I saw them and they saw me. James, bending over to get in the door. JP, head full of curls as wild as his energy. Will, a collection of wristbands on his arm. Ella, everyone cheering as they recognized her big bright smile. The entire room was full and one could hardly think with all of the conversation.
All was exciting, and so surreal to my eyes. I took off my glasses and briefly cleaned them to make sure I was seeing things correctly; I just couldn’t believe that I was there, in the middle of the winter with people I had only seen over the summer. The people whom I cared so much for so far away from home.
It was as if my day were being composed by Vivaldi, slowly increasing in speed until there was joyful sort of chaos as so many friends were sharing jokes, singing songs, playing intense card games, and telling me stories about their time off-season. Festivities thriving far into the night.


The weekend sped past so quickly that I couldn’t help but feel that something was physically taken from me. It was such a great time, but it was so short-lived. It was like a dream, rising up to its most climactic moment - only to be stopped, paused for perhaps another time.
It  was Sunday, in my parent’s car, stuffed to the brim with gear, finding myself lowering my window to see my friends once more before the summer.
I raised my voice to say goodbye to Rebekka as she walked by. Now, her polite, soft voice was replaced by the cool breeze. Now there was no one, save for my parents, as we were enveloped in the forests. With the return trip came nightfall, and I was back in Bristol. Drifting off to bed.
Dreaming once again.
Of camp staff.