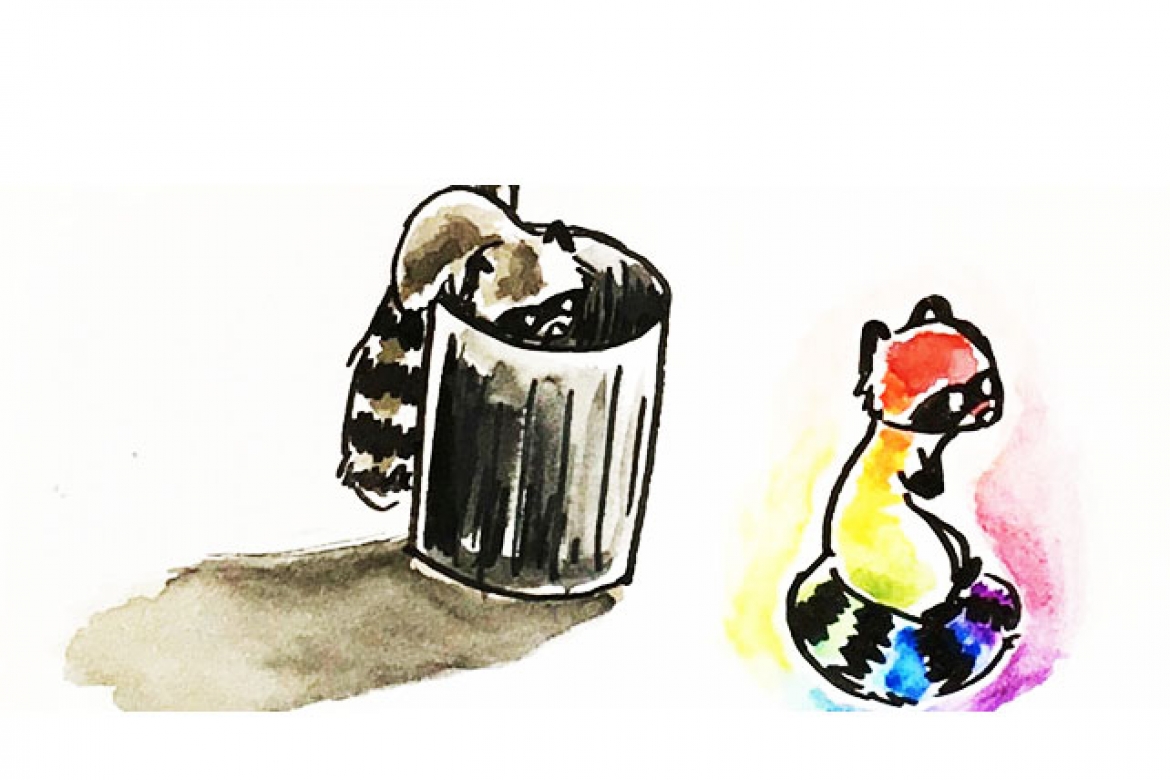 [Art by cedar]
I chose to carry on the story of cedars Coons. (The coon, along witht the moon, can speak English.) Just a short little story. :)
~~~

The racoon sat in the bush, curled in a small ball. He used his own tail as a pillow. He lay silently, watching the stars move across the sky. He occasionaly tried to bat one with his paw, but they were just a little out of his reach. He continued to try, though, in hopes of catching one and making a friend.
He turned to face the moon, watching the pale yellow 'C' moving around. He felt like he could hear it's whispers carrying along in the wind. He listened, hoping to hear a voice, but nothing came.
"Hello?" the little coon whispered, peeking further out of the bush and staring at the moon that hung in the night sky.
"Hello," it whispered back, it's voice carrying through the wind. The coon twitched. He had not expected a response.
The spoke in whispers throughout the night. The coon watched the moon, and the moon stared back.
Each night, the coon whispered to the moon and it whispered back. The coon sat in the same bush, watching as the moon shrank down until it was but a sliver of yellow in the sky.
"I must go," it whispered, the wind it used to travel on now barely a breeze. "I will be gone for one night."

~~~
I'm ending it there. The challenge said to watch the story grow. If you want to add on, please do!
Thanks, cedar, for the original drawings. <3

"Happiness can be found, even in the darkest of times, if one only remembers to turn on the light." -Albus Dumbledore
MSG / CONTACT