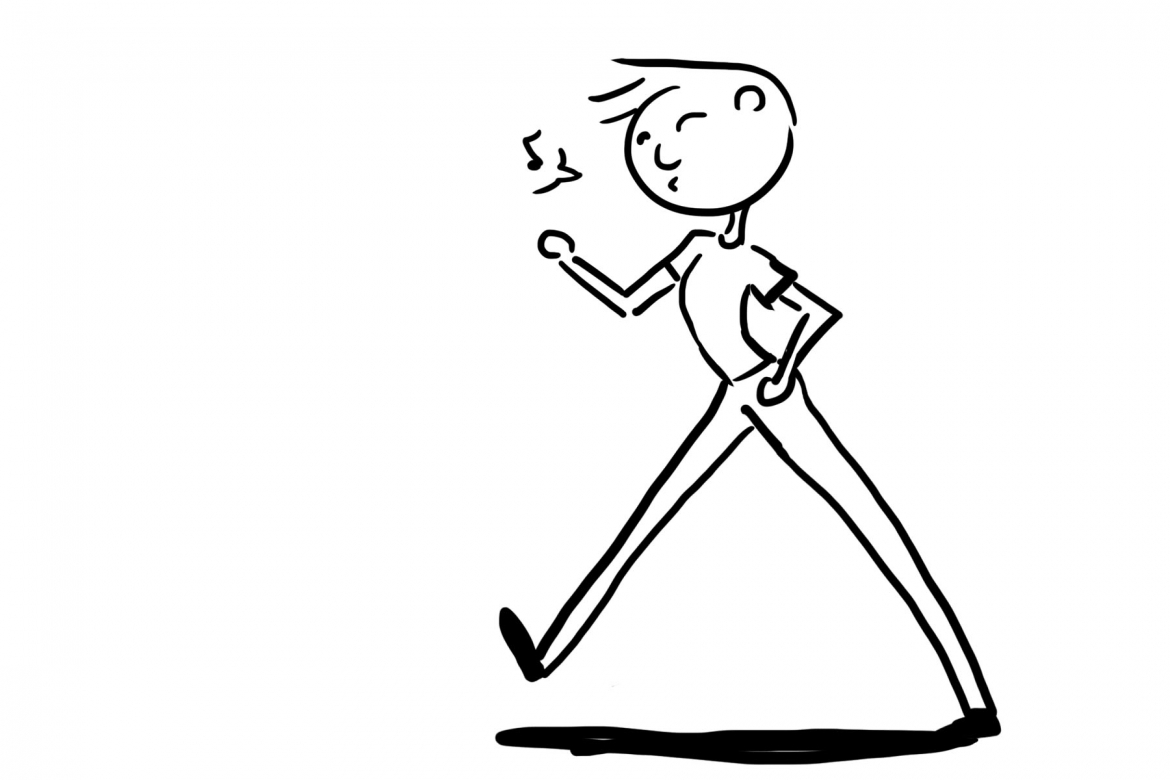 YOU ARE JUST THE PEN


Most writers describe the sensation of surrendering control of their pen to their character. To anyone who has not had this experience, it makes no sense. After all, you are the writer, how can you not control the situation?
If you are asking these questions, you either have not written characters who are developed enough yet, or have forced your characters to bend to your definition of them. The first time a story really gets away from you, you might not realize it until discussing your writing with someone else. They will ask you why your character made x decision, and you will probably respond with something like “well, they wanted to do that.”

You won’t realize until later how strange it sounds to say that a fictional character you created made the decision for you. When creating a character, you need to remember that you have created a living being with thoughts and feelings, and so it makes sense that they will make decisions you probably would not have.
Bending a Character to Your Will
When you bend a character to your will, you are not giving them space to grow. Much like a child, you do more work for your character’s decisions earlier on in their creation. As they develop and become more comfortable in their existence and personality, it will be almost as if they are making their own decisions. Of course, it is really up to you to become that entrenched in your character's thoughts, to really get in their head.

The important thing to remember is that you simply guide your characters. You are nothing more than the writer, just the tool through which your characters will tell their story. You should never force your character to do something that they do not want to do. There will be some actions you had planned for them to make that you can no longer have them make, after enough character development. This is okay, the story will go on.
Undeveloped Characters
Undeveloped character: When your character is undeveloped, they will not have enough of a presence in your mind to determine their own path. Usually, this character will be very two-dimensional, meaning that every part of who they are is easy to identify very quickly. An undeveloped, two-dimensional character can be a great place to start building a character. If your character isn’t beginning to make their own decisions yet, that is okay.

Keep writing short stories and quick prompts with your character in order to give them time to develop, and give you more of a chance to understand them.
Closing Activity
You can take a character you wrote that you thought was flat and beef them up. Add more elements to who they are, get to know their habits. If you are struggling to remember a character you created, you can create one. Write a short story with them doing very mundane things: cooking breakfast for someone, packing their bag in the morning, getting ready for bed. What do they do?


When writing with dialogue, the most important thing you can do is pay attention to how each character talks. How can you do that, if they are created from your brain and can’t talk? It's simple: identify the markers.

Think about what it's like to stand in a public place and listen. Every single person that passes by you talks differently. When creating a character, you will begin to look into various elements of what made them who they are. Depending on a variety of factors, your character will talk different. This will make them far more believable.
A list of factors that will change the way your character talks is your character's:
Geographic background
Level of education
Age
Personality
Geographical Background
Your character's geographical background is important because a single language will have different dialects, meaning that a common language will have different word and pronunciation choices depending on what area the character is from. Think about it this way. British English is different from American English, because BrE has some words that mean one thing, while in AmE, it beans a different thing (such as the words "chips", "biscuit", and "flannel").

Make sure you remember that each area has a different accent, even so much as to vary from city to city.
Level of Education
Your character's level of education is important because when you have a higher level of education, you will use more difficult words and different grammatical structures. This becomes especially apparent where you juxtapose a highly-educated character with an uneducated character. The highly-educate character will be able to use words that the uneducated character will not.
Age
Your character's age is important because, as is obvious, a very young character will not talk with the same sophistication as an older character. Unless there is a reason why this would not be the case, of course (such as educational level). Even within broad age groups, it is important to remember what that exact age talks like. For example, an 18-year-old will use different words from a 15-year-old will us different words from a 13-year-old.
Personality
Of course, personality will dramatically change the way your character talks. Someone who is shy and quiet will use fewer and more polite words in comparison to someone who is boisterous and talkative. Remembering that each person's personality will affect their word choice is important. Some people refuse to use slurs because of their morals, for example.
Not only does the previous list affect the way your character is speaking, but so does you character's:
opinion of the conversation topic
relationship to the person that they are talking to.


What are We Talking About?
If you are writing a story, the hardest thing to do is, after several chapters, completely change an important character. This will happen to most writers, and so it isn’t the end of the world. However, you will run into the conundrum: rewrite the entire story up until this point, or just go back through and heavily edit? The answer will be determined by how drastically you change your character.
Growth
Character growth is not the same as character swapping, (we’ll call it that for lack of a better term). Character growth is a natural part of writing, and will make your story more interesting. Over time your character (and your story), your character will mature and change their habits; just like a normal being. This is totally okay! Readers love to see some character growth. Don’t know what this is? Think about Star Wars.

In Episode IV, Han Solo is a gruff, morally shady pilot who cares for money, himself, and his companion, Chewbacca. By Episode VI, however, he has learned to put others before himself. His softer side has been brought out by Leia and Luke, and he has found that he can trust more than just one or two people in the galaxy. This character development is welcomed by the viewers, because it allowed them to see a second side to Han that they had not been able to see before. It makes him more complex, and more realistic.
Swapping
Character swapping is when you quite literally take your character, and replace them with someone else. It will change all of their previous interactions. As stated earlier, this is something that happens to most writers at least once in their careers, and there is nothing wrong with them. The problem is if they do not edit out the change very well.

For example, if your character was initially a very peppy and excited person but then you change them into a easily annoyed, quiet one, you need to go back and change their earlier interactions. If you only transition them into this new persona, it will be very confusing for the reader. Not even an extremely traumatic event will alter someone’s personality completely. They will still have a small piece of who they were beforehand.

Do as much character planning as possible before writing, but do not be afraid to allow yourself to change them as you write. Your concept of the character will change, and you may need to edit the first few pieces of your writing a couple times before you have settled on your character.
Closing Activity
Write about a time you read or wrote something where a character's personality changed very dramatically, and compare it to a story you read/wrote (or watched, I suppose, seeing as we've brought Star Wars into things.) where the character slowly develops and grows in a natural fashion.

Congratulations! You have completed the Character Consistency Playlist! What will you do with this all of this newfound knowledge? Hopefully you'll use it, of course. What better time to give it a first real test than right here, in the playlist?
Project
Write a short story (no longer than four pages please) involving at least three characters. Each character should have a unique voice, so that you can have segments where you do not tell the reader "Geoff said" but, instead, the reader knows it was Geoff who spoke because of the way the spoken word was written.

Make this short story about a topic that you feel strongly about- the water crisis, global warming, the lack of pockets in women's pants. Get creative with it.