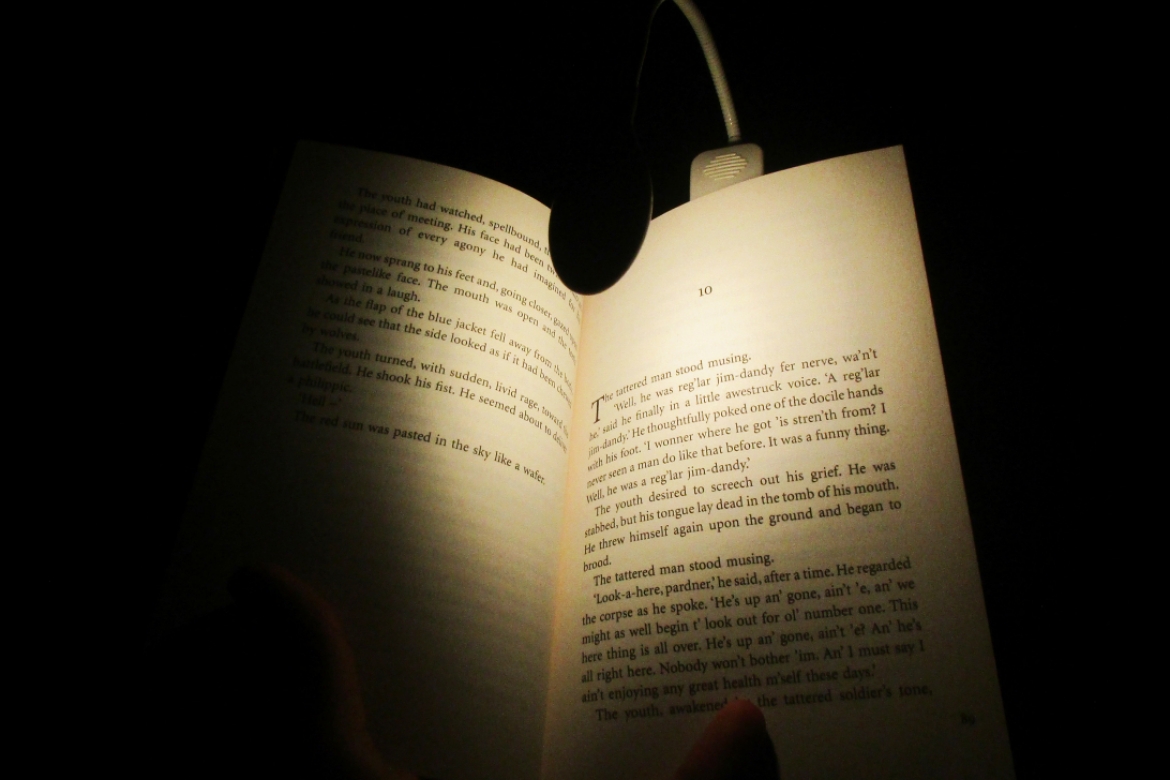 “In turbulent times, books are tools that help people navigate the world around them. Intellectual freedom and access to information uplift people in crisis and during more peaceful times,” says the Banned Books Week Coalition. Speak out about your right to read during Banned Books Week, September 27 – October 3, 2020! For more information, visit bannedbooksweek.org. [Photo credit: YWP Media Library, photo by thegreenone]

[Editor's note: This essay by Roxane Park, Grade 8, Crossroads Academy, is a response to Banned Books Week, which is this week.]
Words Worth Saving: John Steinbeck's East of Eden
“It would be absurd if we did not understand both
angels and devils, since we invented them.”
~ John Steinbeck, East of Eden
Read More
essay 0 comments challenge: Banned

To Live in Freedom And "A Question of Elbow Room"

To Live in Freedom And “A Question of Elbow Room”
Throughout human history, experiences with various forms of government have introduced us to the aspects that define a successful administration. By examining the past, we can identify the qualities that are most important to us, and the qualities that we consider to be most beneficial. One broad, but familiar, theme that defines successes and failures alike is the element of individualism. In some governing bodies, this wasn’t a valued element, and partially because of that, they ended up being remembered less pleasantly. In governments where this component is taken to heart and displayed with pride, we find that these governments were much more effective and long-lasting and have made positive marks on society. If we look closely at the past, we can better understand the values that we want future generations to live, and in this, design their future destiny.
Read More
poem 0 comments challenge: Banned

Because You Are Selfish

kids are people with
thoughts
and
ideas
and
opinions
that they have the write to figure out
themselves
and
kids need to be given the
tools to do so
Read More
poem 0 comments challenge: Banned

The library is the best place.

The library has a great assortment.

It has sports books, and science books

And fiction and nonfiction books

It’s welcoming.
Except for the banned book section.

It is to be taken away from the library.

The school librarian gives me a bookmark when I walk in.

Stand up for yourself.

I clutch the book mark close to my chest, and glance over to the librarian.

She gives me a warm smile, and waves me over to the banned book section.

I will read a banned book today.

I breathe in, breathe out.

Walking over to the banned books,

I notice something changing inside of me.

I am standing up for myself, and breaking a rule,

For my right to read what I want.