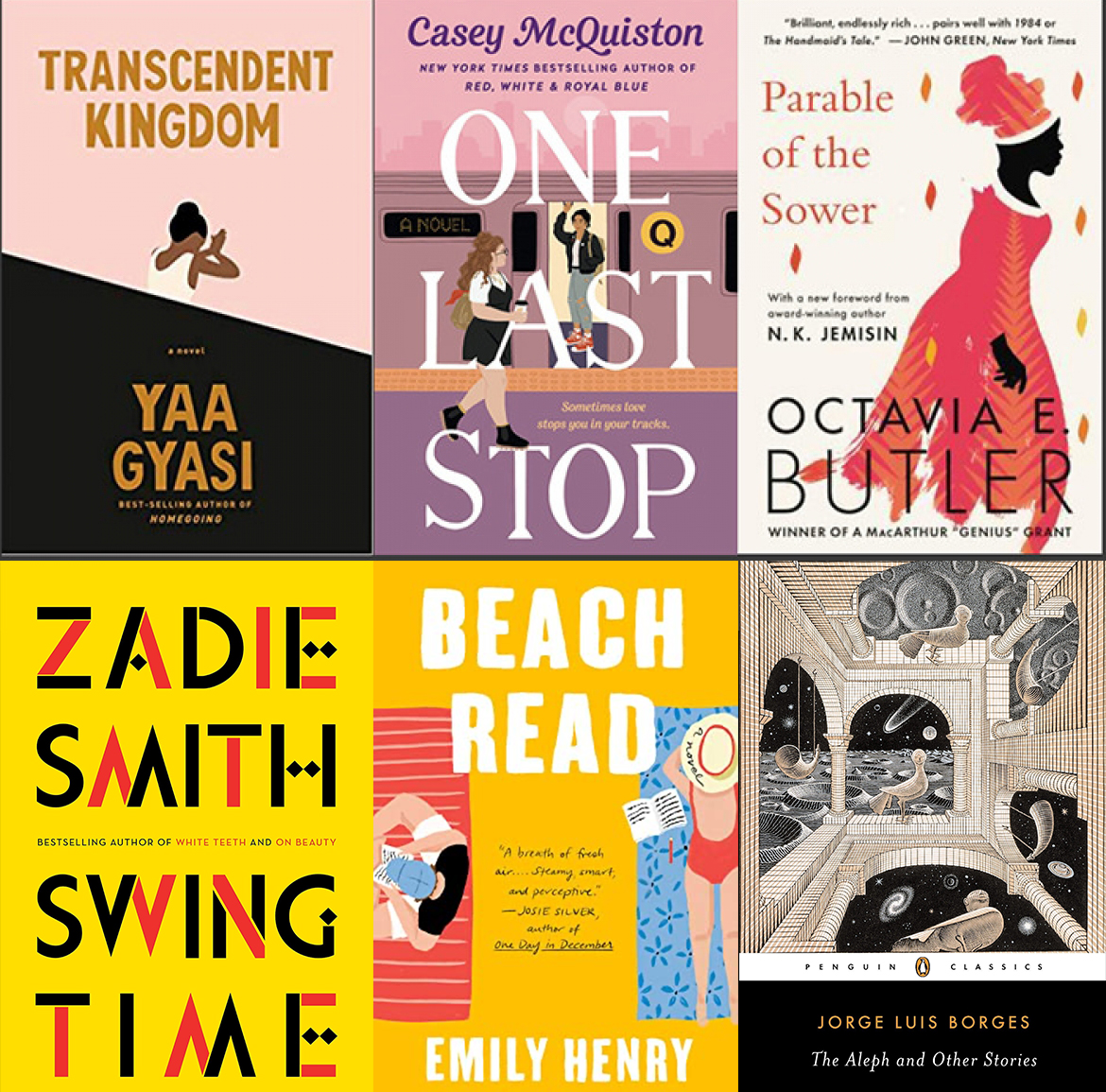 BOOKS
TO ENHANCE
YOUR SUMMER
EXPERIENCE

If you have a good book to add to this list, let charvermont know! 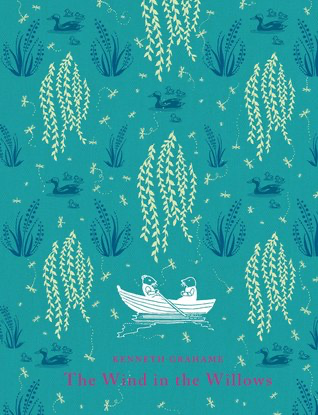 The Wind in the Willows by Kenneth Graham (Fantasy)

Spend some time relaxing outside in the shade with a copy of The Wind in the Willows, and you won’t regret it. The adventures of Ratty, Mr. Toad, and the rest of the animals in this book never fail to delight and charm. The perfect pick for a lazy summer afternoon. 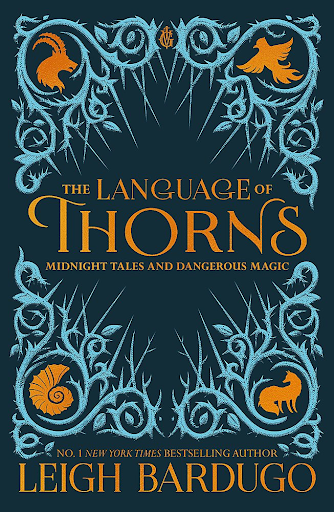 The Language of Thorns by Leigh Bardugo (Fantasy)

Did you ever feel like the fairytales you read when you were younger needed more satisfying endings? Well, be angry no more, because Leigh Bardugo has written quite a few stories with both better endings and better characters. Plus beautiful artwork! Once you read these fairytales you’ll finally feel content with the world of folklore. 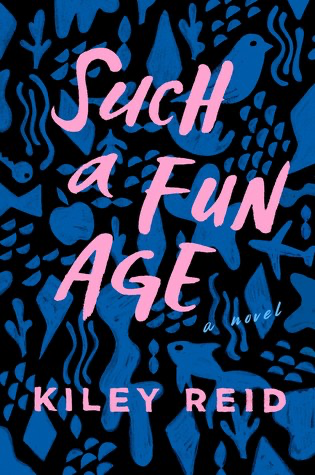 Such a Fun Age by Kiley Reid (Realistic fiction)

Goodreads, our trusty source for all things books, describes Such a Fun Age as “a page-turning and big-hearted story about race and privilege, set around a young black babysitter, her well-intentioned employer, and a surprising connection that threatens to undo them both.” From an author who attended the Iowa Writers’ Workshop, too, you know this book is bound to be good. Bring it with you to your favorite reading spot and dig in! 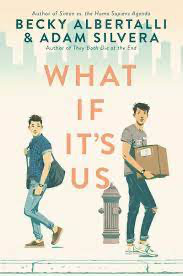 What If It’s Us by Becky Albertalli and Adam Silvera

Geri K. suggested this summer read. Becky Albertalli also wrote Love, Simon, which was turned into a hit movie a few years ago starring Nick Robinson – needless to say, her writing is addictive. A small teaser for your mind, courtesy of Goodreads: “Arthur is only in New York for the summer, but if Broadway has taught him anything, it’s that the universe can deliver a showstopping romance when you least expect it.” Now, that sounds like the perfect book to spend a summer day reading. 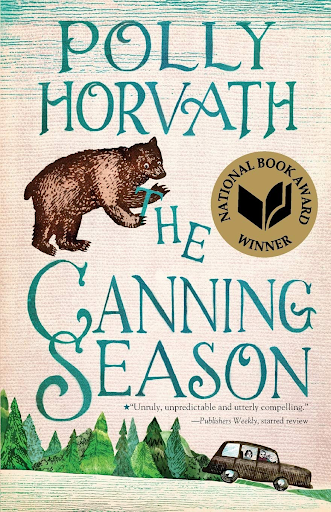 Follow Ratchet Clark, The Canning Season’s main character, and take a trip to Maine during blueberry season. It’s hard to think of a book more fitting for summertime. Full of long, silly stories told by Ratchet’s great-aunts Tilly and Penpen, you’ll fall in love with the tiny seaside town the book takes place in. (And maybe you’ll start planning your own vacation in Maine! Who knows!) 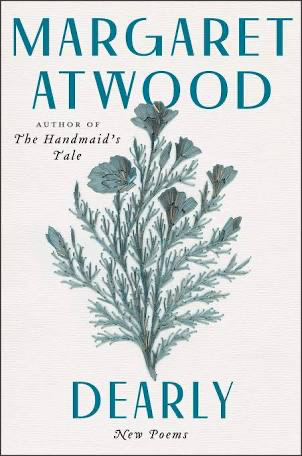 Maybe you didn’t know this, but Margaret Atwood’s first love was actually poetry. Back in the 1960s, two decades before she wrote The Handmaid’s Tale, she began her writing career as a poet. She still writes poems, too - Dearly was published in 2020 and is a collection of poems that cover love and death, not to mention snails. 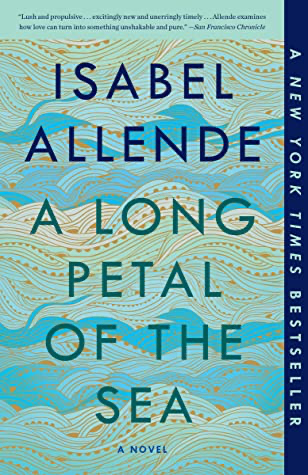 A Long Petal of the Sea by Isabel Allende (Historical fiction)

Goodreads says A Long Petal of the Sea is an “epic novel spanning decades and crossing continents [that] follows two young people as they flee the aftermath of the Spanish Civil War in search of a place to call home.” Wow. Sounds like a whirlwind, albeit a good one. 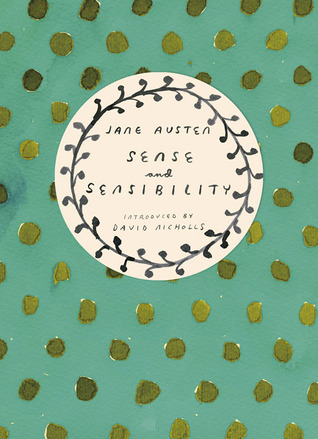 Elinor and Marianne are two sisters who could not be more different from each other. While Elinor is pragmatic, Marianne dreams of living out a fairytale. When their father dies and they have to give up their estate to live in a small seaside cottage, their lives change in unexpected ways that are sometimes wonderful and oftentimes tragic. Your heart will go out to Elinor and Marianne as you learn the harsh rules of society alongside them. 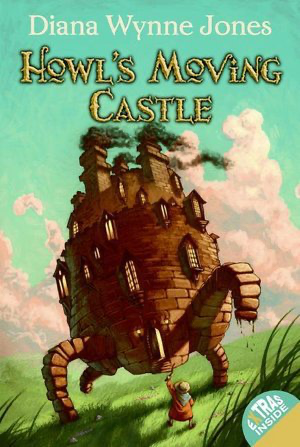 You’ve probably seen the Studio Ghibli movie called Howl’s Moving Castle, and you probably loved it. But did you know that the movie was based off of the book by Diana Wynne Jones? Hands down, one of the best fantasy novels ever written. Read it and fall in love with the nosy and pragmatic main character, Sophie (who also gets turned into a very old woman when she crosses the Witch of the Waste and needs to save herself). 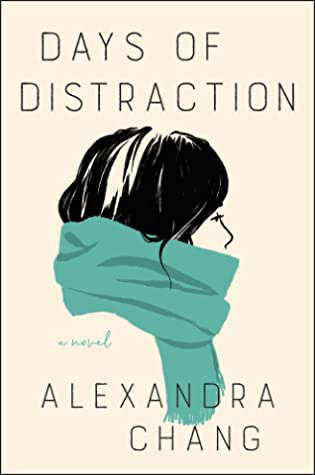 A timely coming of age novel about “a young woman [who is] finally free to decide her own path, but unsure if she knows herself well enough to choose wisely” (Goodreads.com). The only Asian American in a sea of white tech-bros, the main character of this novel embarks on a journey of understanding the puzzle pieces of the racist and sexist society that has marked the lives of thousands of Asian Americans before her. 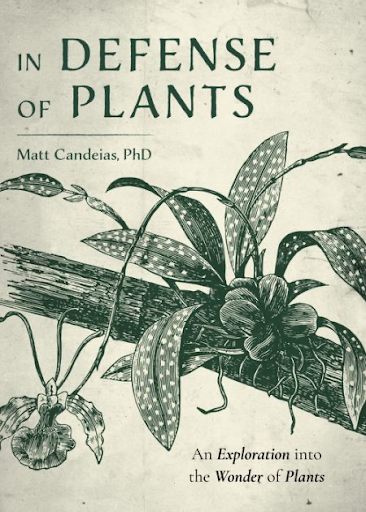 In Defense of Plants by Matt Candeias (Nonfiction)
Spend the rest of summer learning about the plants that surround you and gaining reverence for nature. Thankfully, Candeias writes in understandable terms rather than with scientific jargon, so we can all happily read this book! Think of In Defense of Plants as the perfect opportunity to become more knowledgeable in botany while still keeping your brain far away from the classroom while school’s out. 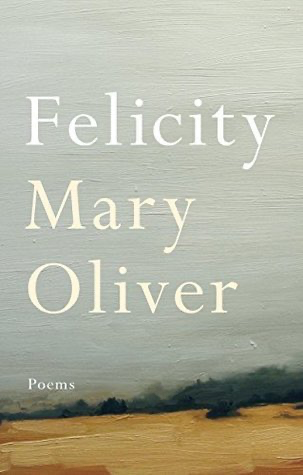 Felicity by Mary Oliver (Poetry)
Full of short, witty poems about nature, love, and religion, Felicity is a go-to for rainy summer days. Sip a cup of tea as you marvel over Oliver’s ability to say so much with so few words. 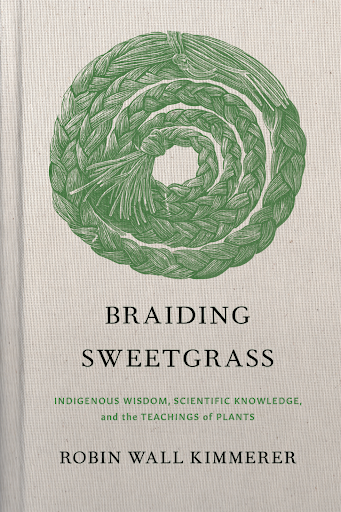 Braiding Sweetgrass by Robin Wall Kimmerer (Nonfiction)
Read Braiding Sweetgrass and let your world be turned upside down. Kimmerer, who is both a scientist and a poet, combines her Native American heritage with modern-day science to write mesmerizing prose about the wonders and joys of the natural world. Though her book is fitting to read during any season, much of it praises the plants that surround us during the hottest months of the year. It’s a perfect book to read underneath the shade of a favorite tree. 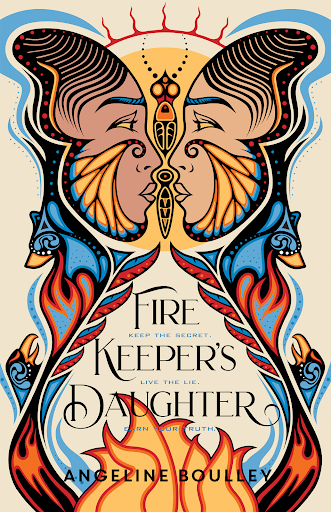 Firekeeper’s Daughter by Angeline Boulley (Realistic fiction)
Part-tragedy, part-love story, and part-mystery, Firekeeper’s Daughter will surely keep you on your toes this summer. This suspenseful novel about a young woman discovering what it means for her to be a member of the Ojibwe tribe as she tries to save everyone else is a whirlwind of feelings. Bring it with you to your favorite beach and read, read, read! 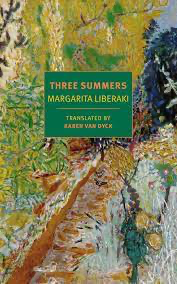 Three Summers by Margarita Liberaki (Realistic fiction)
Allow yourself to be transported to 1940s Greece this summer through the ethereal prose of Margarita Liberaki. Three Summers follows the stories of Katerina and her two sisters as they grow (or resist growing) and begin to understand their places in the world. This Greek classic is hard to put down and easy to love! 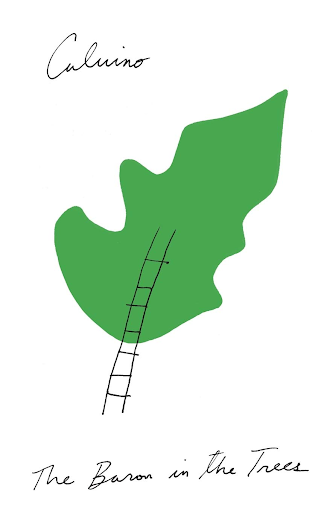 The Baron in the Trees by Italo Calvino (Realistic fiction)
When everything around you is green and lush, what better book to read than one that takes place within the blooming trees? The Baron in the Trees is about a young baron who angrily leaves his privileged family behind to live in the treetops. A romantic story that follows a lifetime spent among leaves, this book is a must-read. 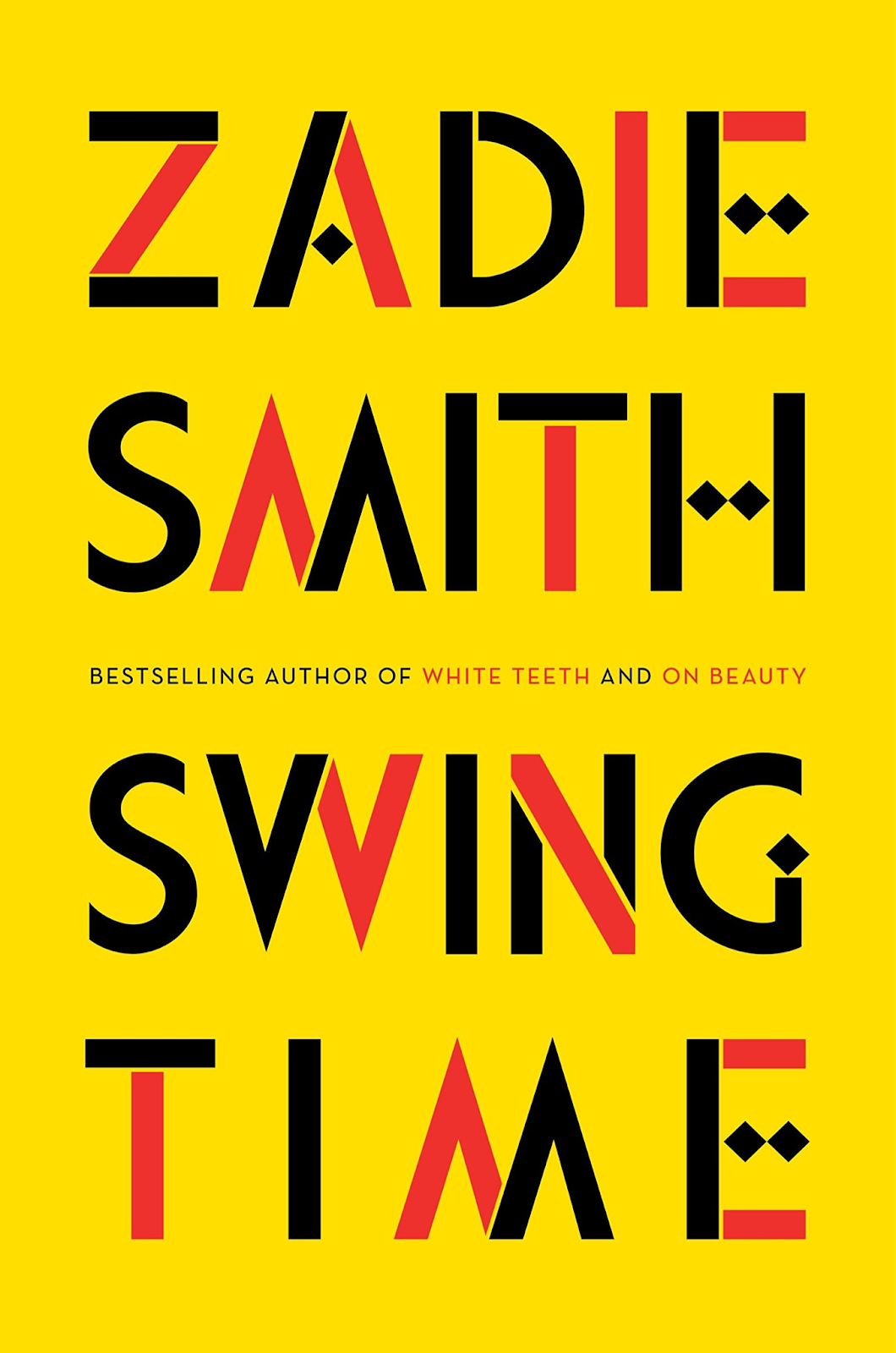 Swing Time by Zadie Smith (Realistic fiction)
Trust me, this book will shake your world like an earthquake. Swing Time is about the relationship between two young women as their friendship falls apart and they go separate ways. One works in the music industry and gets swept up in the wake of a world-famous singer, Aimee. As she follows Aimee to Africa, she reflects on her past and present life, old friends and new friends. The other young woman becomes a dancer, fulfilling her childhood dream, but in some ways never growing up. They live two completely separate yet fully intertwined lives. 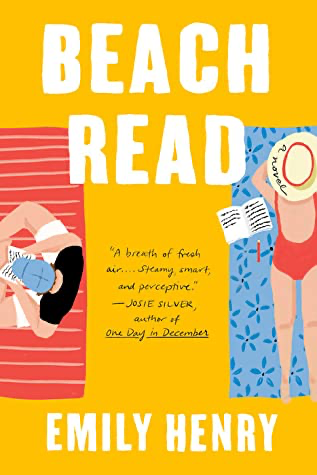 Beach Read by Emily Henry (Realistic fiction)
“A romance writer who no longer believes in love and a literary writer stuck in a rut engage in a summer-long challenge that may just upend everything they believe about happily ever afters” (Goodreads.com). This book will put your heart on a rollercoaster ride and you have to read it. Look at the name, even – it’s perfect for summer! 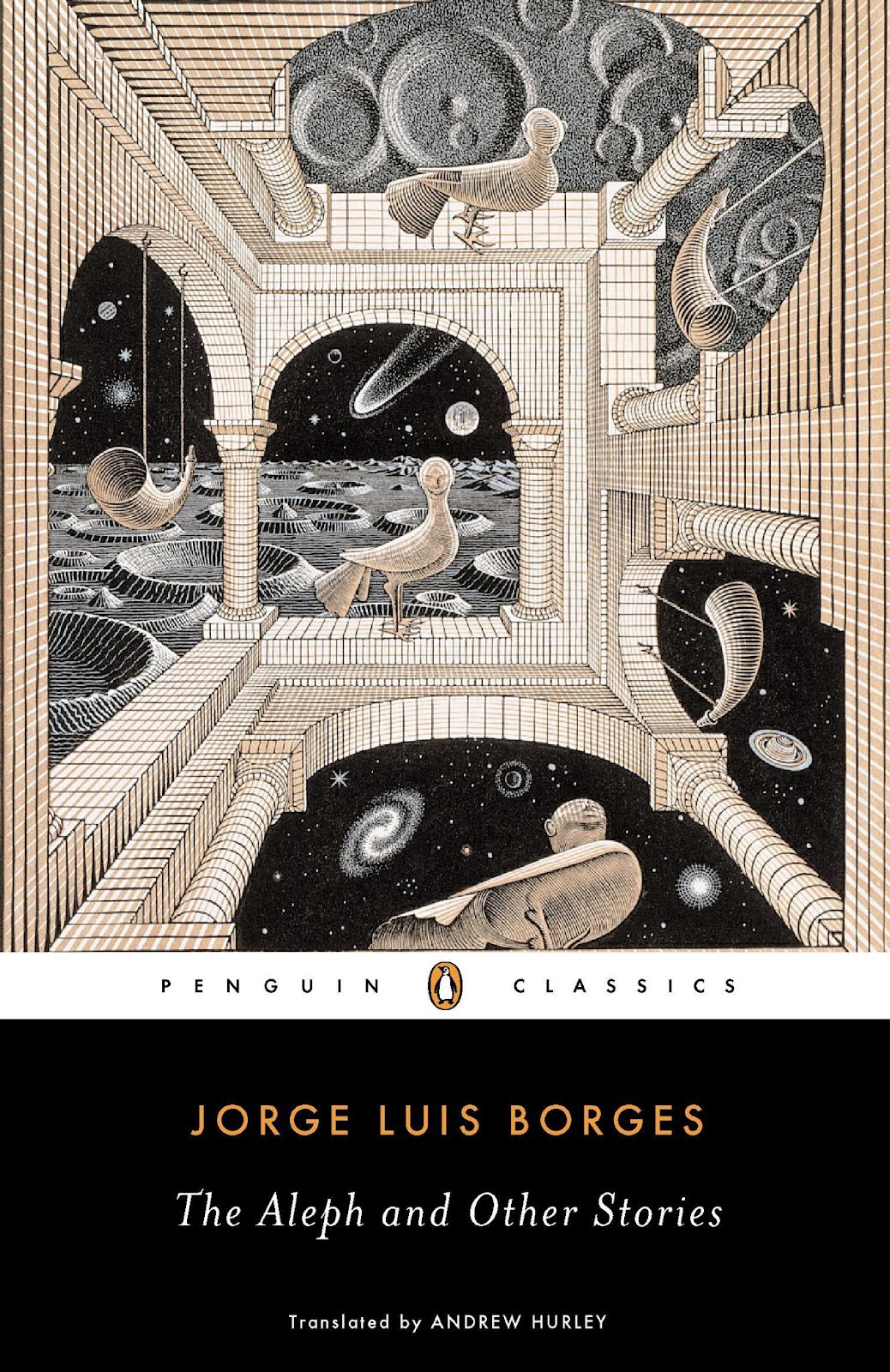 The Aleph and Other Stories by Jorge Luis Borges (Magical realism)
Borges: one of the greatest South American writers to have ever lived. He forever changed the world of Spanish literature with his short stories of magical realism, chaos, and labyrinths. Invest in a copy of his work and allow your summer to become a complex world of mind-bending ideas and the unexpected. My personal favorites of Borges’ stories: “The Writing of the God,” “Ibn-Hakam al-Bokhari, Murdered in His Labyrinth,” “Argumentum Ornithologicum,” and “The Plot.”

Parable of the Sower by Octavia E. Butler (Science fiction/fantasy)

Set in the 2020s but published in the 1990s, Butler predicts an eerie future that is comparable to ours. Spend some time with Lauren Olamina, the inspiring protagonist of the Earthseed series, and discover a world of chaos, crushed dreams, and hope in the unlikeliest of places.

Everyone is talking about this book right now! And for good reason, too. By the author of Red, White, and Royal Blue, this time-travel romance is hot off the presses and practically begging to be devoured by every teen in sight. For real. I finished it a few days ago and wanted to travel to Brooklyn immediately to hang out with Jane and August - when you start to think the characters are real, that’s when you know a book is good. Anyways, go spend a few days reading One Last Stop and cheering August on in her sleuth adventures!

A captivating, intimate story of the relationship between a young woman, Gifty, and her mother as they both grapple with the lasting effects of her brother’s life-ending drug addiction. “Exquisitely written” and “emotionally searing,” Yaa Gyasi’s “Transcendent Kingdom is a deeply moving portrait of a family of Ghanaian immigrants ravaged by depression and addiction and grief” (Goodreads.com). Read it and have your heart broken, repaired, and broken again.