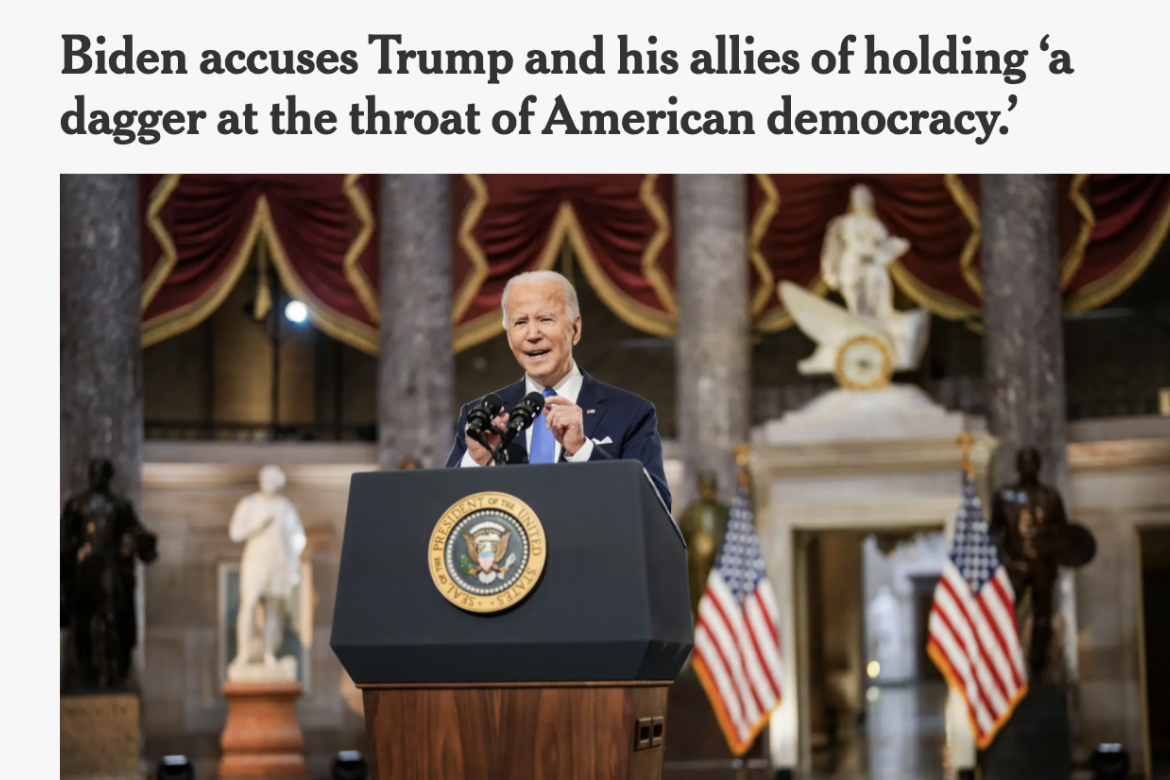 One year ago, a violent mob of former President Trump’s supporters breached the Capitol, an insurrection that resulted in five deaths and the injury of 140 members of law enforcement. Marking the anniversary, President Joe Biden blamed the former president for spreading a web of lies about the election and holding a "dagger at the throat of democracy." A year later, where are we, America? And where are we headed? Write about it. Read about President Biden's speech here: "Biden Says Trump Holds ‘Dagger at the Throat’ of Democracy," New York Times, Jan. 6, 2022) and here: "On Jan. 6 anniversary, Biden calls out Trump for ‘web of lies’ about 2020 election," Washington Post, Jan. 6, 2022)

One year ago,
January 6,
An unspeakable thing occurred.
Our fellow Americans tried to defeat democracy
By marching on the place of our government,
The Capitol,
And with the flames and guns and Confederate flags,
They stormed in and tried to destroy democracy,
Tried,
And failed,
Because in the words of my best,
Amanda Gorman,
"... while democracy can be periodically delayed, it can never be permanently defeated."
And so while trying to dethrone our fundamental right as Americans,
They instead shone a light upon their 'fearless' orange leader,
And that light shone through the lies and tweets,
And brought forth the racist, fascist tyrant he is,
And while I understand some may disagree,
You must also understand that I sat at home watching the news,
Crying because I thought they were going to destroy everything.
I thought I was watching my country be torn down,
Piece by piece,
Read More