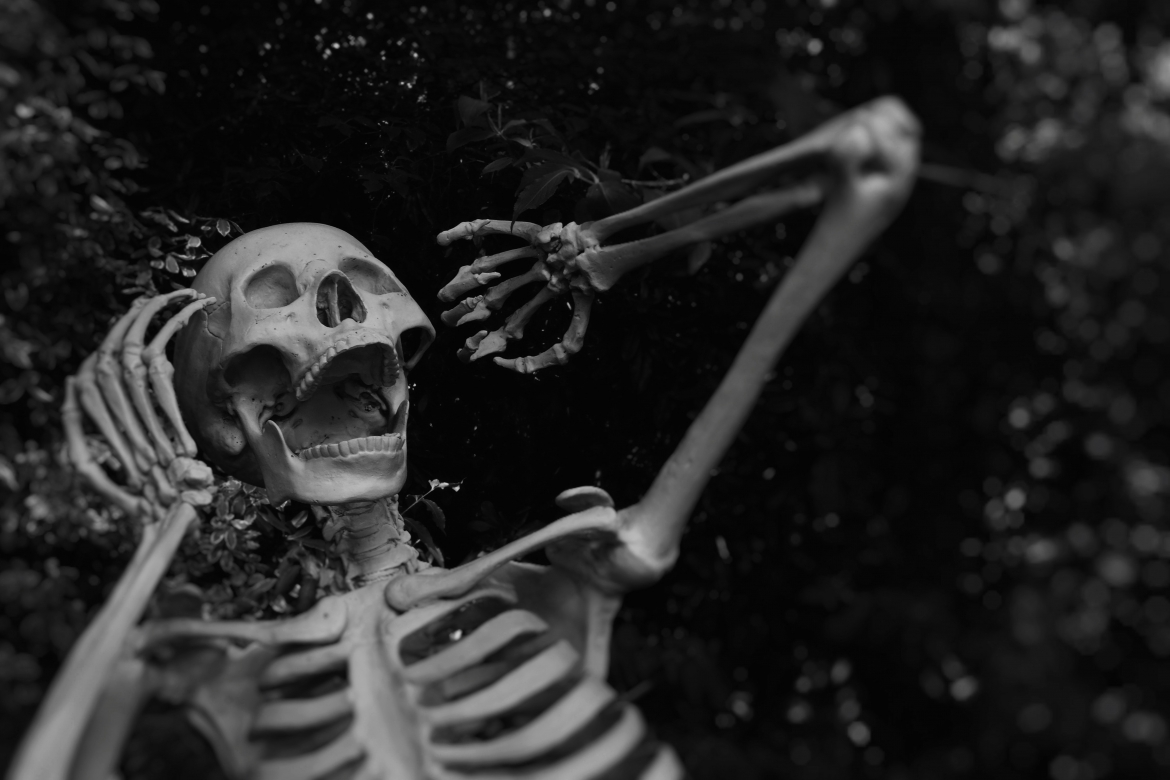 Write about two skeletons who are good friends and go on adventures together. [​Photo by Sabina Music Rich on Unsplash]

Marie and Victoria were, well, dead. They lived not on earth but in the ever expanding caverns of the underworld. Not the underworld some people think of, not filled with ghosts and monsters, no this place is more like an airport, minus the planes. A great big bunch of restless people desperately trying to get somewhere even though there was nowhere to go. Actually, they aren’t people though the used to be, now they are skeletons. Clattering sets of animated bones sent to the underworld for an eternity of hustling and bustling around, just waiting for something interesting to happen. Marie and Victoria however, were a special case. They loved being dead. They had a wonderful time together, gossiping and chattering to each other about the other skeletons.

“I got here about one hundred years before Vickey and I simply don't know what I would have done without her. Without a friend this place is dreadfully dull.” Marie would often say, and Victoria would respond,
Read More
fiction challenge: Short Story No. 11

Cross T. Bones did not have a “boring” life, no matter how much his best friend, Skelethan J. Tonnes, otherwise known as Skelly, said. Being a receptionist at the D.O.A. Studios was not a horrible job. At least he wasn’t operating upstairs. Then Cross would understand Skelly’s lamenting. Assuming he survived long enough upstairs. There were too many rules and regulations, and the minute you broke one… well. There was a reason Cross stayed in his comfy job at D.O.A. with minimal pay for 41 hundred years.

He was working the equivalent of a minimum wage job in the overworld, since the backup money his family gave him had run out 41 hundred years ago. 16 souls per hour wasn’t the worst pay though. With 12 hour shifts (now 24 hours, since his co-worker decided to pursue the job upstairs), he’d earn 192 souls per day, and 92 was enough for him to comfortably live with his pet cat, Fluffy, for a day. The rest of the 100 made its way to the savings account.
Read More