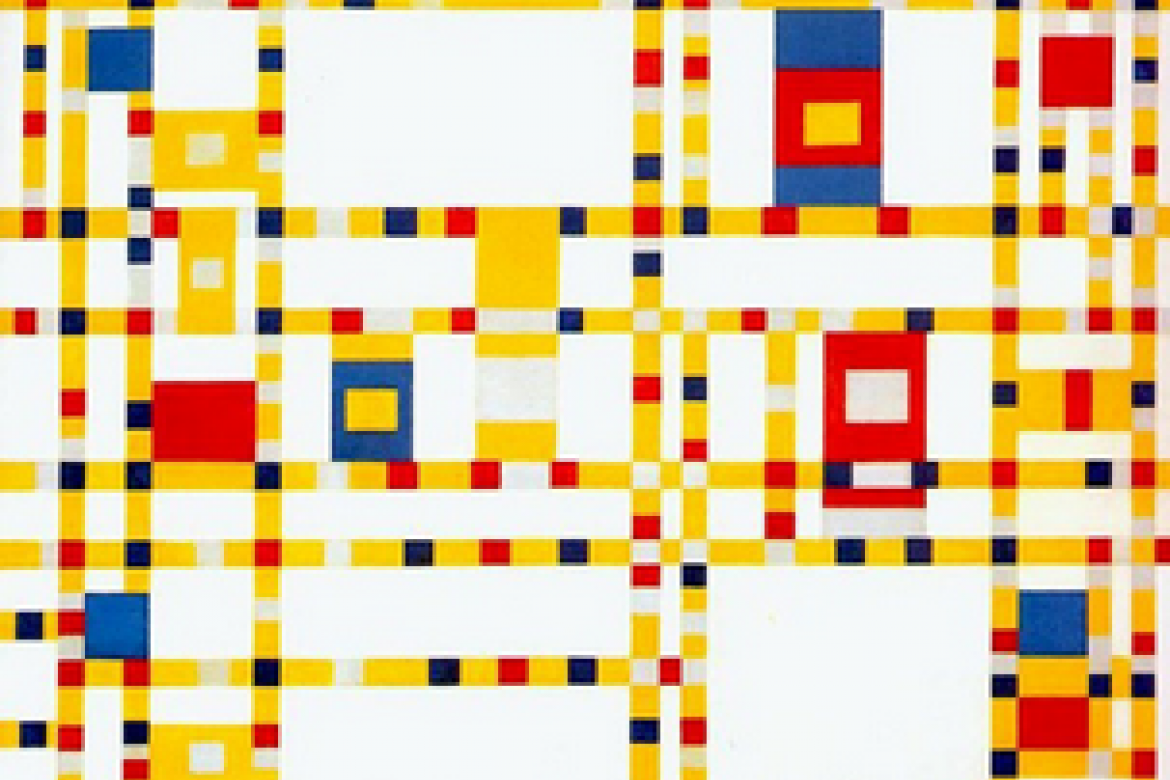 Inspired by "Broadway Boogie Woogie" by Piet Mondrian (http://www.piet-mondrian.org/broadway-boogie-woogie.jsp)
He always thought it was romantic, being alone. He liked it. It gave him time to think. He liked drinking his coffee alone, taking the subway alone, reading alone, walking home alone at night when all the lights of the city shone brighter because the selfish, bragging sun had fallen below the horizon. It gave him time to collect himself and then set his mind free. And his mind, it flew, far above the city, until he was just a tiny dot among millions of tiny dots, walking through geometric patterns of skyscrapers and city streets.
They say that no man is an island. But whoever first wrote that had never met this man. Because he was an island in an entirely new part of the ocean that had yet to be discovered. He was a mystery too far-out, too complex, too chaotic for anyone to navigate. People had tried to find him--to reach him--and each one had failed. He was stranded. But he didn't mind that at all. He was free when he was alone. He could dream whatever he wanted to. He would believe what he wanted to and no one would question him. He could walk the streets as late as he wanted. He could get lost, and no one would worry about him. And you might think that that's not a good thing, but the thing about this man was that he actually enjoyed getting lost.
He was a dreamer. He would fly so close to the sun that you would think he would burn, but he never did. He was happy alone. And yet, on his midnight walks, his mid-day subways rides or his mornings in his usual corner table at the coffee shop, he'd see a family laughing at some joke, a group of drunk kids leaning on each other for support or two people holding hands. He'd see them, and he'd realized that as much as he liked being alone, he didn't much care for being lonely. And only then, did he feel truly stranded. Only then, did he feel that he'd been a lost island for too long. Only then, did he feel ready to be found.

About the Author: Maisie N