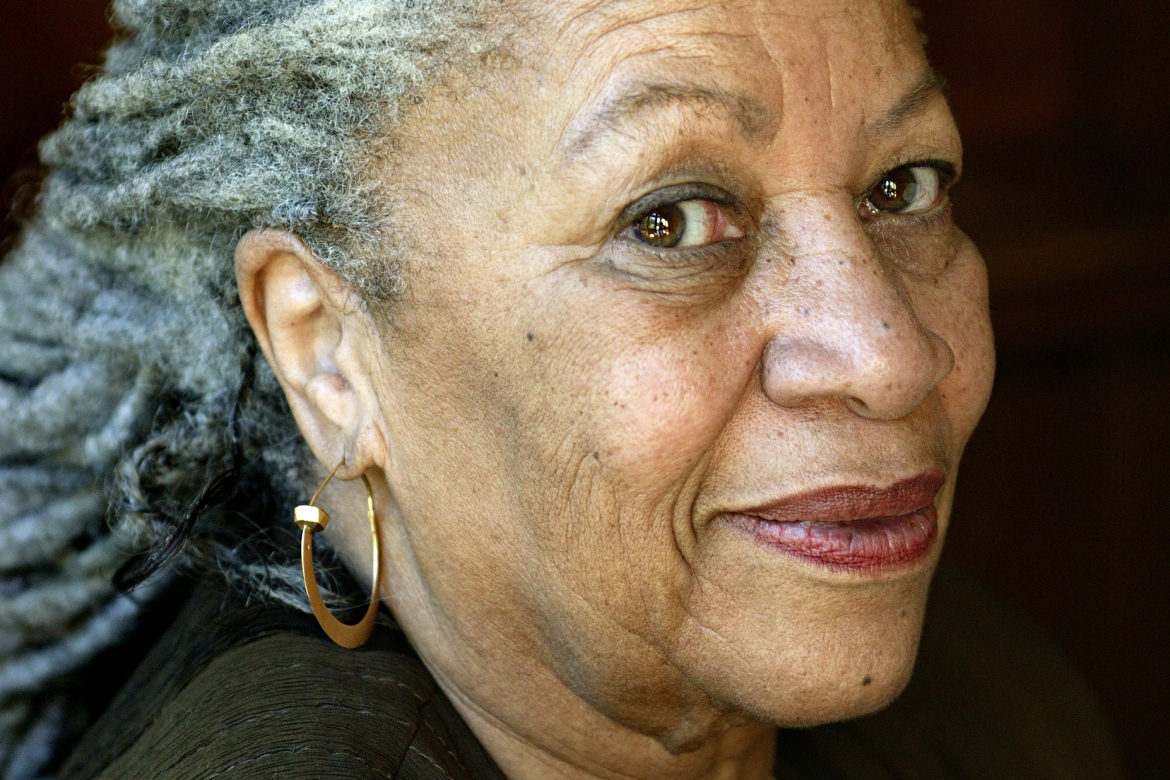 Photo of Toni Morrison, The Guardian, 2009

Sometimes, the best resource is to see how others do it. Notice how the following passages (from a couple of GG's favorite books) help evoke mood and tone and provide important details for the story -- all through setting. They also show how easily the setting floats into character development and/or  storytelling:

124 was spiteful. Full of a baby’s venom. The women in the house knew it and so did the children. For years each put up with the spite in his own way, but by 1873 Sethe and her daughter Denver were its only victims. The grandmother, Baby Suggs, was dead, and the sons, Howard and Buglar, had run away by the time they were thirteen years old – as soon as merely looking in a mirror shattered it (that was the signal for Buglar); as soon as two tiny hand prints appeared in the cake (that was it for Howard). Neither boy waited to see more; another kettleful of chickpeas smoking in a heap on the floor; soda crackers crumbled and strewn in a line next to the door-sill. Nor did they wait for one of the relief periods: the weeks, months even, when nothing was disturbed. No. Each one fled at once – the moment the house committed what was for him the one insult not to be borne or witnessed a second time. Within two months, in the dead of winter, leaving their grandmother, Baby Suggs; Sethe, their mother; and their little sister, Denver, all by themselves in the gray and white house on Bluestone Road. It didn’t have a number then, because Cincinnati didn’t stretch that far. In fact, Ohio had been calling itself a state only seventy years when first one brother and then the next stuffed quilt packing into his hat, snatched up his shoes, and crept away from the lively spite the house felt for them.

Baby Suggs didn’t even raise her head. From her sickbed she heard them go but that wasn’t the reason she lay still. It was a wonder to her that her grandson had taken so long to realize that every house wasn’t like the one on Bluestone Road. Suspended between the nastiness of life and the meanness of the dead, she couldn’t get interested in leaving life or living it, let alone the fright of two creeping-off boys. Her past had been like her present – intolerable – and since she knew death was anything but forgetfulness, she used the little energy left her for pondering color.
Harry Potter and The Chamber of Secrets by J.K. Rowling

Harry had never been inside Filch's office before; it was a place most students avoided. The room was dingy and windowless, lit by a single oil lamp dangling from the low ceiling. A faint smell of fried fish lingered about the place. Wooden filing cabinets stood around the walls; from their labels, Harry could see that they contained details of every pupil Filch had ever punished. Fred and George Weasley had an entire drawer to themselves. A highly polished collection of chains and manacles hung on the wall behind Filch's desk. It was common knowledge that he was always begging Dumbledore to let him suspend students by their ankles from the ceiling.


Smashed wheels of wagons and buggies, tangles of rusty barbed wire, the collapsed perambulator that the French wife of one of the town's doctors had once pushed proudly up the planked sidewalks and along the ditchbank paths. A welter of foul-smelling feathers and coyote-scattered carrion which was all that remained of somebody's dream of a chicken ranch. The chickens had all got some mysterious pip at the same time, and died as one, and the dream lay out there with the rest of the town's history to rustle to the empty sky on the border of the hills."
...
We hunted old bottles in the dump, bottles caked with dirt and filth, half buried, full of cobwebs, and we washed them out at the horse trough by the elevator, putting in a handful of shot along with the water to knock the dirt loose; and when we had shaken them until our arms were tired, we hauled them off in somebody's coaster wagon and turned them in at Bill Anderson's pool hall, where the smell of lemon pop was so sweet on the dark pool-hall air that I am sometimes awakened by it in the night, even yet.

The Grapes of Wrath by John Steinbeck

Now farming became industry, and the owners followed Rome, although they did not know it.  They imported slaves, although they did not call them slaves: Chinese, Japanese, Mexicans, Filipinos.  They ice on rice and beans, the business men said.  They don’t need much.  They couldn’t know what to do with good wages.  Why, look how they live.  Why, look what they eat.  And if they get funny--deport them.

And the crops changed.  Fruit trees took the place of grain fields, and vegetables to feed the world spread out on the bottoms:  lettuce, cauliflower, artichokes, potatoes--stoop crops.  A man may stand to use a scythe, a plow, a pitchfork; but he must crawl like a bug between the rows of lettuce, he must bend his back and pull his long bag between the cotton rows, he must go on his knees like a penitent across a cauliflower patch.

And it came about that owners no longer worked on their farms.  They farmed on paper; and they forgot the land, the smell, the feel of it, and remembered only that they owned it, remembered only what they gained and lost by it.  And some of the farms grew so large that one man could not even conceive of them any more, so large that it took batteries of bookkeepers to keep track of interest and gain and loss; chemists to test the soil, to replenish; straw bosses to see that the stooping men were moving along the rows as swiftly as the material of their bodies could stand.  Then such a farmer really became a storekeeper, and kept a store.  He paid the men, and sold them food, and took the money back.  And after a while he did not pay the men at all, and saved bookkeeping.  “These farms gave food on credit.  A man might work and feed himself; and when the work was done, he might find that he owed money to the company.  And the owners not only did not work the farms any more, many of them had never seen the farms they owned.

And then the dispossessed were drawn west--from Kansas, Oklahoma, Texas, New Mexico; from Nevada and Arkansas families, tribes, dusted out, tractored out.  Carloads, caravans, homeless and hungry; twenty thousand and fifty thousand and a hundred thousand and two hundred thousand.  They streamed over the mountains, hungry and restless--restless as ants, scurrying to find work to do--to lift , to push, to pull, to pick, to cut p anything, any burden to bear, for food.  The kids are hungry.  We got no place to live.  Like ants scurrying for work, for food, and most of all for land.

A Series of Unfortunate Events by Daniel Handler