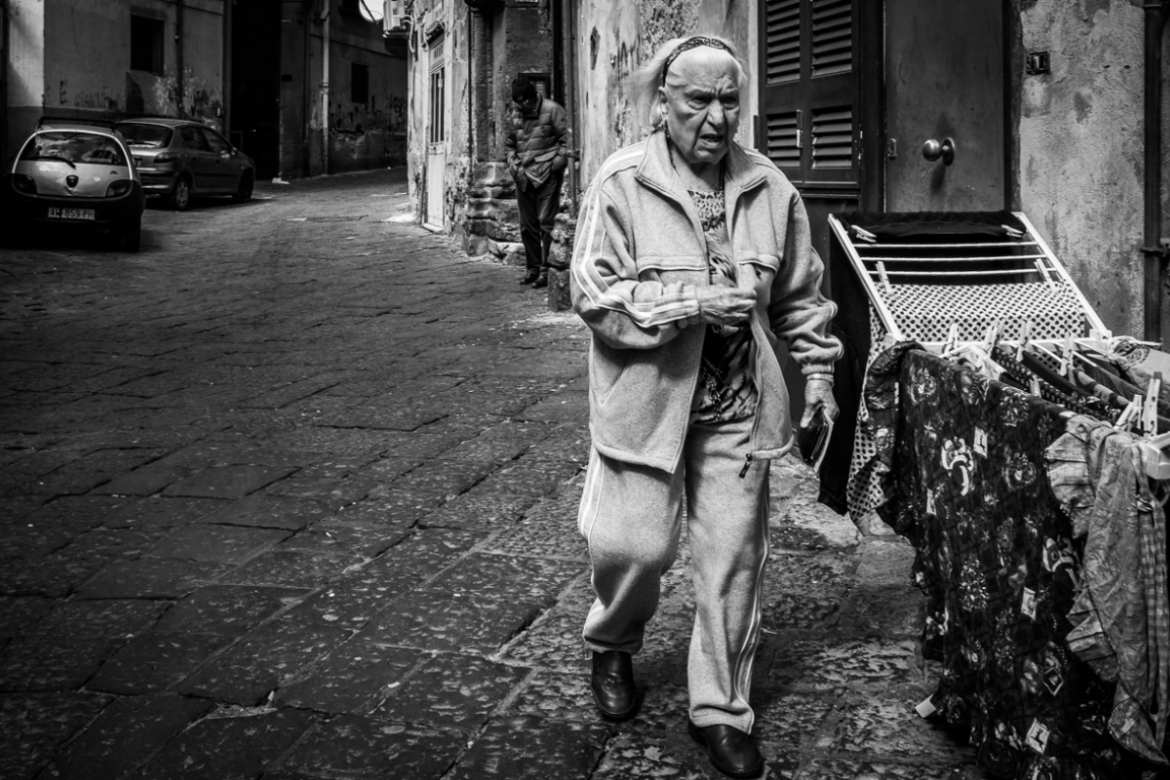 At a first glance at the elderly woman marching her way down the streets, the youth's eyes saw a withering flower which has come to lose all of its bright petals; a rosebud substituted by a thorn. Her tanned skin was an un-ironed shirt which had been worn multiple of times, yet thrown back into the closet over and over again. Her hair was the color of silver, tight ringlets of snowflakes making their way down to earth. Her eyes were forest green flecked with amber and gold as the light reflected into them. She possessed stubby eye-lashes carefully painted with a smooth layer of mascara. Her thin, chapped lips were slightly agape, inhaling slowly. They were pulled into a frowning grimace, causing her eyes to lose their spark. Her high, visible cheekbones were dotted with rouge, her jawline still sharp after years of age. Yet her clothes were weather-worn and torn, dirty and tattered from decades of abuse. Her whole life had been dedicated to her country, her city, her very own street. The rumbling areas of Florence was the only thing she knew of. She was educated in how to make the best deal, how to manage to get what she wanted; her family's specialty for millenias. Now, every other pair of eyes viewed her as the impoverished, unworthy parts of Florence, but they weren't aware of how young her soul was, and that to challenge her would be worse than playing with fire. She was the generation that had assembled Florence into the city that it was today, and she would carry herself like she knew it.