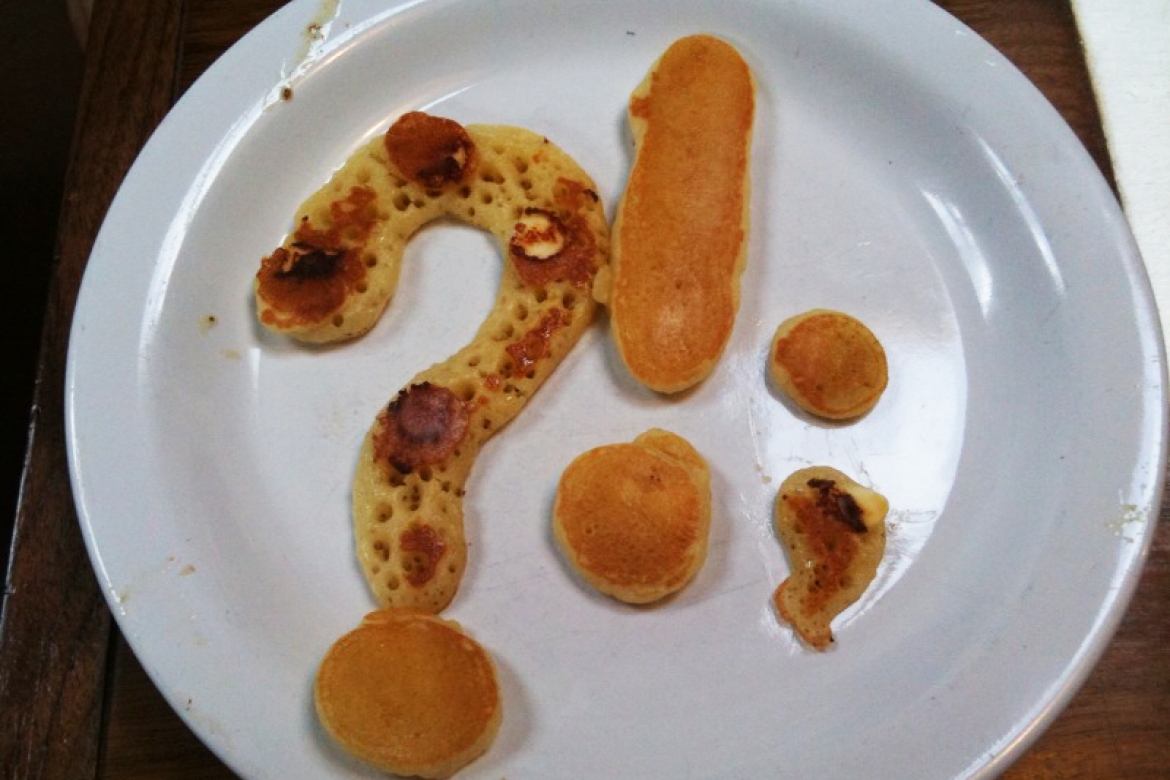 Most people avoid learning about grammar like it's a 2:00 pm test on a Friday. Yet, grammar is not only important for making your work polished and professional, but it's important in terms of comprehension as well. Here are five basic punctuation marks that you should master (not all the rules are here, but these are the biggies):
THE RULE: If the possession is singular, the apostrophe should be placed before the ‘s’ at the end of a word.

If the possession is plural, the apostrophe should be placed after the ‘s’ at the end of a word.

Singular possession: The dog’s ball, ripped to shred with love, was the only toy he slept with at night.

Plural possession: The humans’ dog didn’t love them as much as he loved his ball.

EXAMPLES:
The list: My mom and I always follow the same routine when we go to Cape Cod: we take a long walk on a beach, we try and spot some whales, and then we eat fried pickles.

Elaborate: The pencil is the best thing to write with: you can write, and you can erase.

Quote: My father always ends his work emails with a quote: “Keep smiling.”
3. The semicolon. So many people are miffed by this piece of punctuation they don't even know where to start when using it. Just remember, a semicolon can be used as a "super comma" or a "super period."
THE RULE: The semicolon can replace a period to connect two related complete sentences (independent clauses). OR, a semicolon is used as a super comma to separate listed items that need commas within the subjects of the list.

Super period: The cat ran all around the house at a speed formerly unknown to the world; she rolled around in a pound of catnip just minutes before.

4. The hyphen and dash. Just remember, the hyphen is the small one used to connect words, and the dash is the big one used to separate and connect phrases.

THE RULE: The hyphen is used to connect words. You’ll often use a hyphen to combine nouns that create one “thing,” or to combine adjectives that describe one noun.

The dash (technically the em dash) can be used in the place of parentheses, the colon, and the comma. People usually use the dash instead of the other punctuation options to create emphasis or drama.

Hyphen: My mother-in-law, a red-headed woman, instantly started to get a sunburn in the July sun.

Dash: All of my friends — even Margot and Erika — liked their breakfast at Handy’s diner in Burlington, VT. They had all heard the food was only okay — they were very wrong.

Rule 1: Use commas to separate words and word groups in a simple series of three or more items.

Rule 2: Use a comma to separate two adjectives when the order of the adjectives is interchangeable.

Example: She is a strong, healthy woman.

Rule 3: In sentences where two independent clauses are joined by connectors such as and, or, but, etc., put a comma at the end of the first clause.

Example: He biked home, and he opened the front door.

Rule 4: Use commas to set off nonessential words, clauses, and phrases

Example: Jill, who is my sister, shut the door.

Rule 5: If something or someone is sufficiently identified, the description that follows is considered nonessential and should be surrounded by commas.

Examples: Greta, who has a limp, was in an auto accident..

The girl who has a limp was in an auto accident.

We do not know which boy is meant without further description; therefore, no commas are used.

Rule 6: Use commas to introduce or interrupt direct quotations.

Rule 7: Use a comma to separate a statement from a question.

Example: I can try out for the play, can't I?

Rule 8: Use a comma to separate contrasting parts of a sentence.

Example: That is my book, not yours.